LSU football has a rare break, so how will the Tigers handle a week off ahead of a showdown with No. 4 Alabama? A lot of rest and recruiting, Ed Orgeron says.

The work will be light, Orgeron says, because the players are "beat up" after eight consecutive weeks of games. No pads will be worn in practice.

One of those beat-up players is quarterback Max Johnson, who took a few big shots in the loss to Ole Miss on Saturday. One of those hits came as he stood in the pocket and delivered a ball downfield to Trey Palmer, a drive that ended with a touchdown and an early 7-0 lead. The choice to sit Johnson down in the second-half was a product of some of those hits, Orgeron said Monday.

"I just wanted to give him a break," Orgeron said. That meant true freshman Garrett Nussmeier saw his first extended action in SEC play, during which he made some impressive throws and managed to move the ball against an Ole Miss defense that had stifled the Tigers' offense much of the day. He gave LSU "a spark," Orgeron said, which included a touchdown to Malik Nabers that drew the score to a much more respectable number in the fourth quarter.

All that said, the Tigers don't have a quarterback controversy.

"Max is still our starting quarterback," Orgeron said. "If there’s a chance to give Garrett some time in there, some quality reps, we will.” 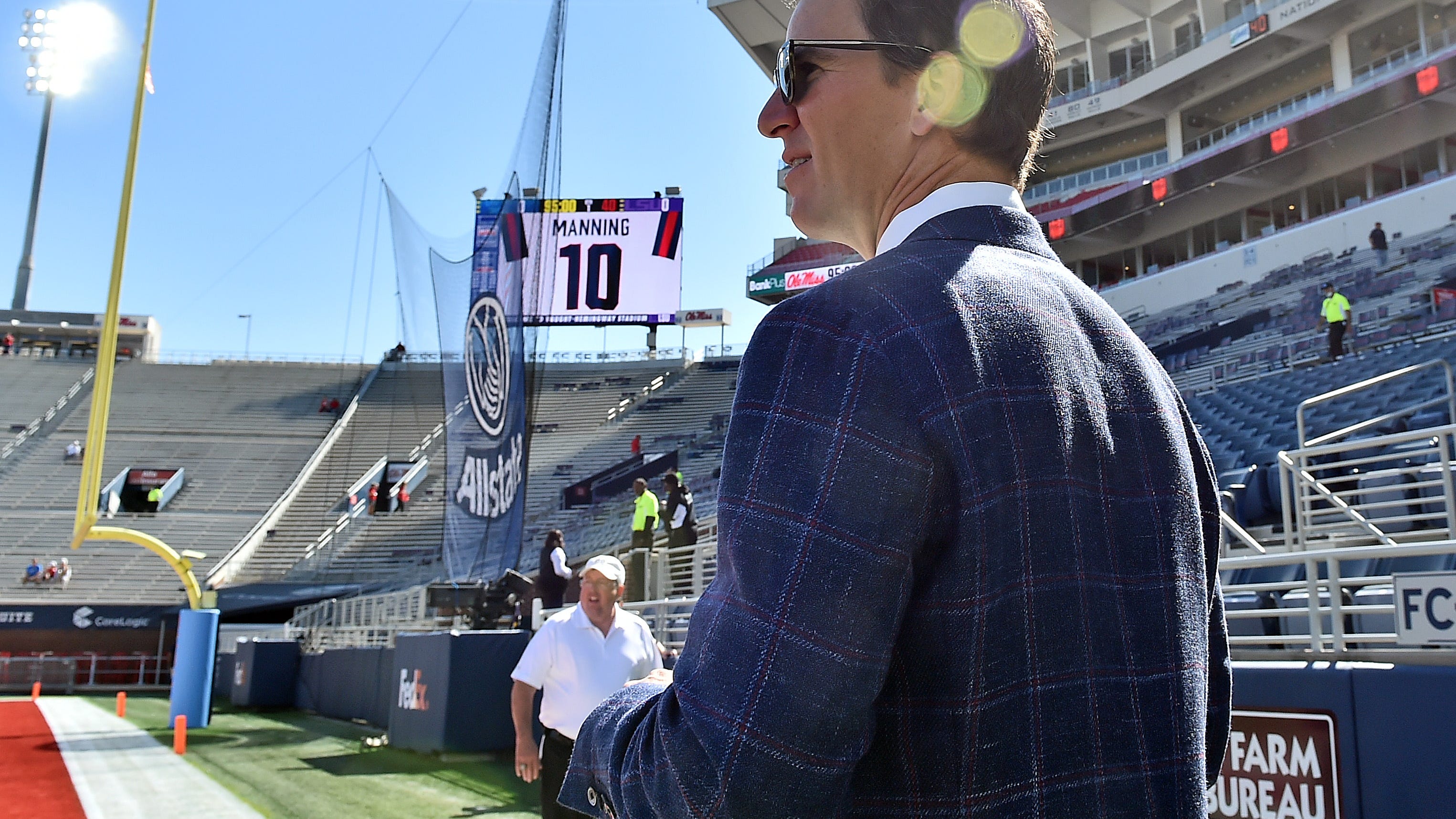 Watch: Eli Manning has No. 10 retired, as family looks on, at halftime of LSU-Ole Miss

Neither linebacker Major Burns or defensive back Cordale Flott will be available to practice this week, though there's optimism for Flott to return before the game against Alabama. Offensive lineman Anthony Bradford is done for the year.

But there's good news for the offensive line. Cam Wire is likely to make his latest return from injury, while Chasen Hines is questionable but could possibly return. Myles Brennan, meanwhile, does not appear ready to begin practicing and Orgeron said he does not expect him back in the open week, a date that was an early target after surgery on his arm. 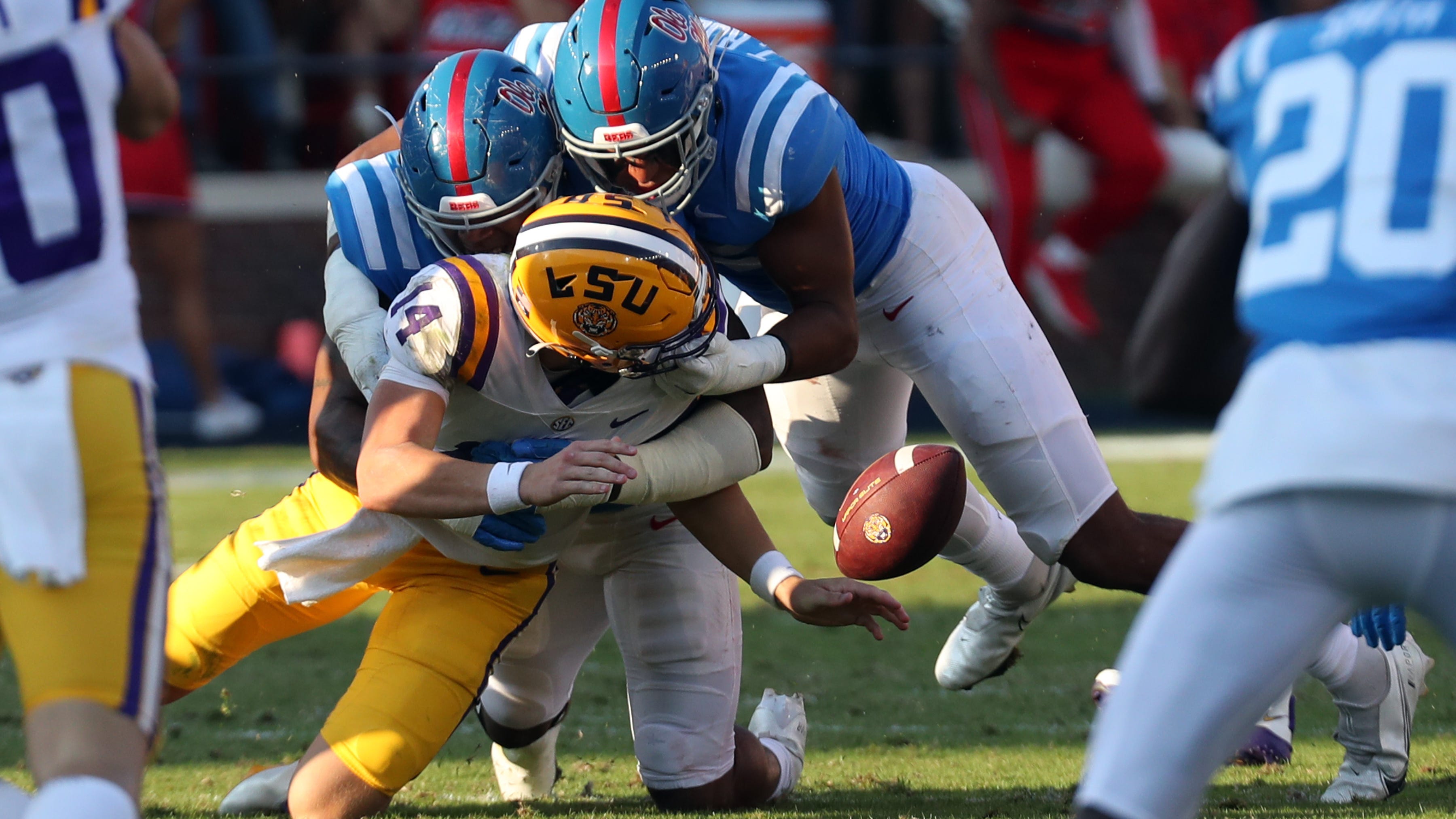 HOW HAVE THE ASSISTANTS HANDLED COACHING UNCERTAINTY

LSU's assistant coaches might not know where their jobs will be next year, but Orgeron said it's business as usual as the team heads out on recruiting trips and readies for the final four games of the season.

“What I see every day, they’re doing their best job for LSU at the moment. We have meetings, everybody’s early for meetings. We have offensive, defensive meetings, that door’s shut. They’re in there. Nothing has changed in the building as far as I know.” 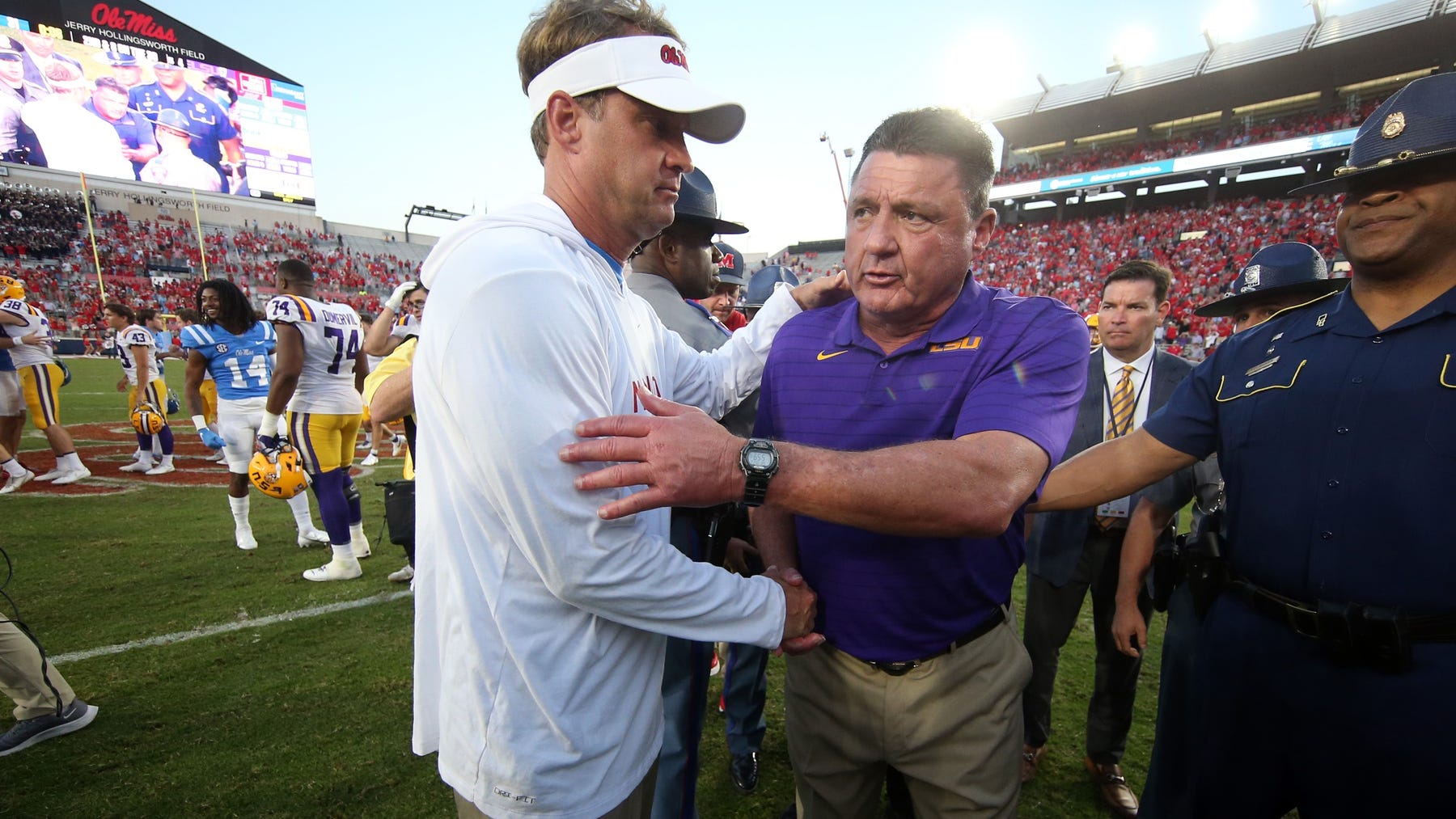 What Ed Orgeron had to say after LSU beat up at Ole Miss: 'We couldn’t capitalize'

HOW WILL RECRUITING TRIPS LOOK NOW?

“Evaluation. You can’t talk to the guys. We’re gonna take care of Louisiana first. We’re going to Louisiana, and we’re going to see some key players in Houston. We go to the school, obviously. Talk to the guidance counselor, check their grades, ask their coach how they’re doing. Maybe see a workout, maybe not see a workout, but definitely see a game. I think it’s more or less being visible, and No. 2 still evaluating some prospects out there. But a lot of the prospects we’re seeing are committed to us and/or have an offer from us.”

And what do you tell them?

“I tell them that I recruited them to come to LSU; LSU is still the same. That I want them to come to LSU. I still think LSU is going to be a great place for them. And I told our athletic director, I’m going to recruit for LSU until the day I’m not here. And probably some after. I believe in LSU, I’ve always believed in that. Especially when you’re a young man from the state of Louisiana, this is the best school for you to come to school at. I wholeheartedly believe that, and I’m not gonna back off of that.” HOW DO YOU FEEL ABOUT LAST ALABAMA MATCHUP AS LSU HEAD COACH?