Jayden Daniels made the jump from the PAC-12 to the Southeastern Conference this offseason, and that change has been clear in one area in particular.

That'd be the big LSU boys directly in front of him.

"Everything in the south is obviously bigger," said the former Arizona State quarterback. "The trenches, those guys, you’ve got guys like Maason Smith running around. So that’s probably just the biggest thing for me.”

And navigating that difference could be one of the biggest keys for the veteran QB as he vies to take over the starting role in Baton Rouge, though he's said there's been no indication from the coaching staff whether the competition is leaning toward him or sophomore Garrett Nussmeier, even after Myles Brennan opted to end his playing career earlier this week.

And the California native says that's just fine by him.

“No matter where you go it’s always bettering yourself," Daniels said. "I know what I present to the table. At the end of the day it doesn’t matter who they start. It’s a great quarterback room.”

Daniels does offer the most experience, having seen action in 29 games over three seasons with the Sun Devils, completing 451-723 passes for 6,025 yards and 32 passing touchdowns, alongside 296 rushing attempts for another 1,288 yards and 13 rushing touchdowns.

The Tigers kick off the season with a matchup against Florida State at the Caesars Superdome on Sept. 4. 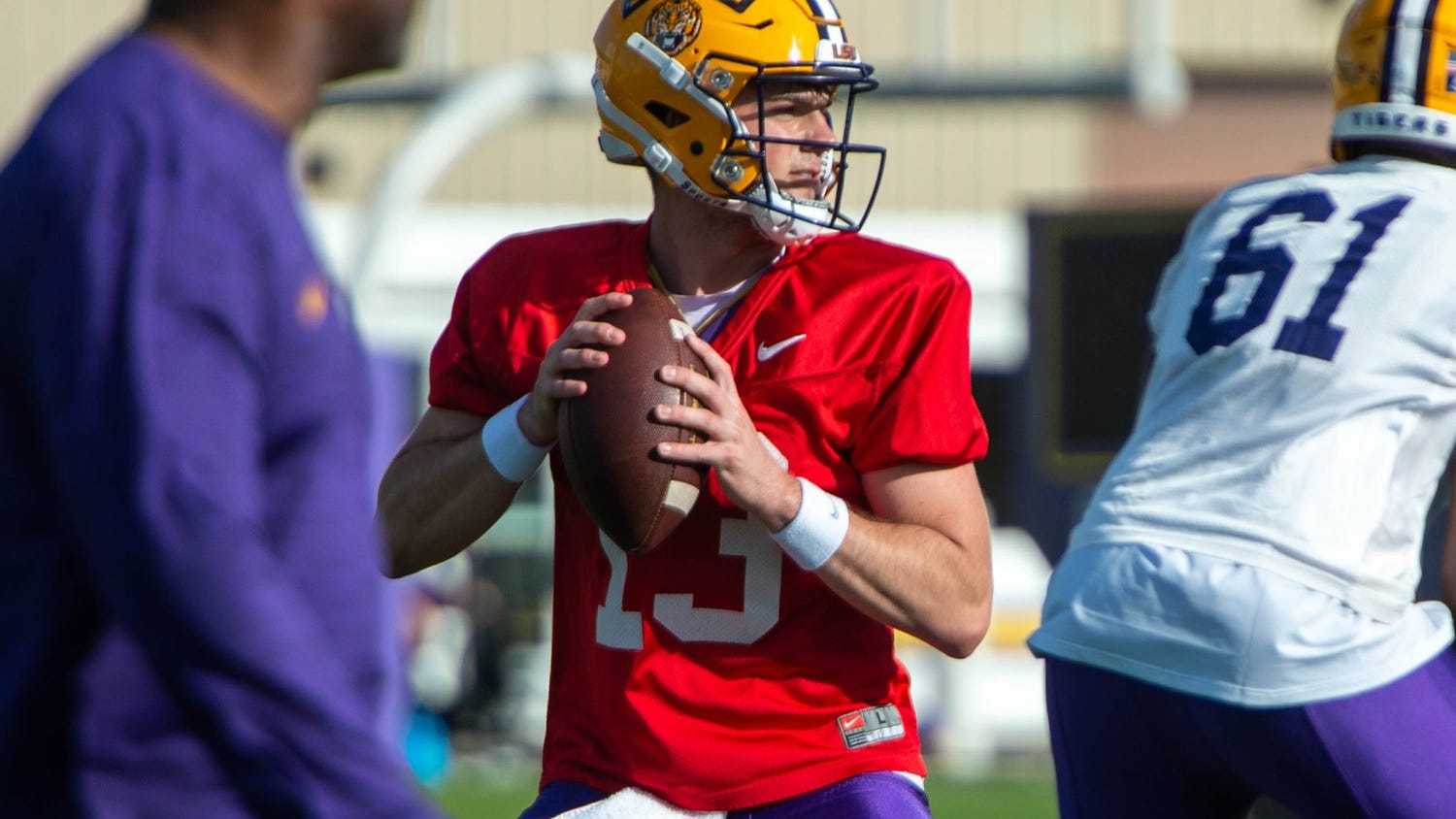 ON THE QB RUN GAME

“Just being here, just the main thing is being the best version of me. If that’s a part of my game, to run it, there’s times when I can stay in there a little bit longer. That’s something I’ve been working on … but that’s not just me, that’s everybody. They don’t want us to lose who we are at the end of the day, how we got here. So it’s just fine-tuning the little things so at the end of the day we can go out there and help the team win.”

ON WORKING WITH NEW COACHING STAFF

“They’re just keeping me on my toes, correction me when they feel like I need to be corrected, but also kind of stepping back and letting me figure stuff out. Because at the end of the day you’ve got to self-correct yourself, because out on the field they’re not going to be out there yelling in your ear.” 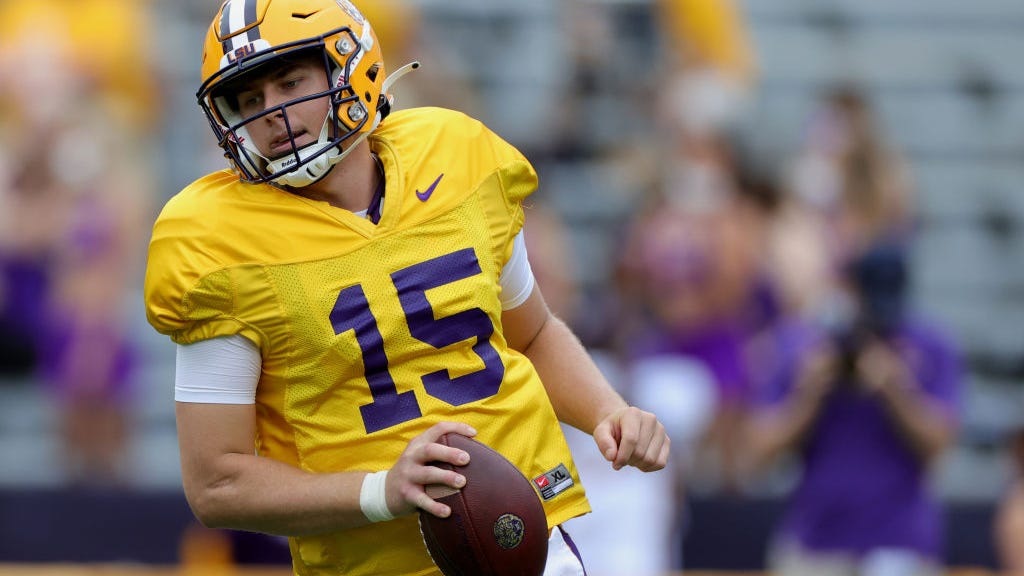 Garic: If you think Myles Brennan quit on LSU, you've got it backwards

WHAT'S YOUR BEST ATTRIBUTE AS A QB

“Intelligence would probably be the first one, you know, especially playing [the quarterback position], you’ve got to be intelligent. Just going out there and my character at the end of the day. My personality, they gravitate in the locker room. I’m an easy-going guy. Somebody that you can come talk to, come trust. And just the play-making ability. Being a quarterback is one thing, but being able to make plays within the framework of the offense, that’s something that I can bring to the table.”

WHAT ARE YOU WORKING TO IMPROVE

“Really just going out there and keep building the leadership part, because at the end of the day you can never not be a leader at the quarterback position. Make sure that the guys are going in one direction. A couple guys might go left, you’ve got to get everybody going left. A couple guys might go right, you’ve got to get everybody going right. So make sure everybody is on the same page before we go out there and play Florida State."