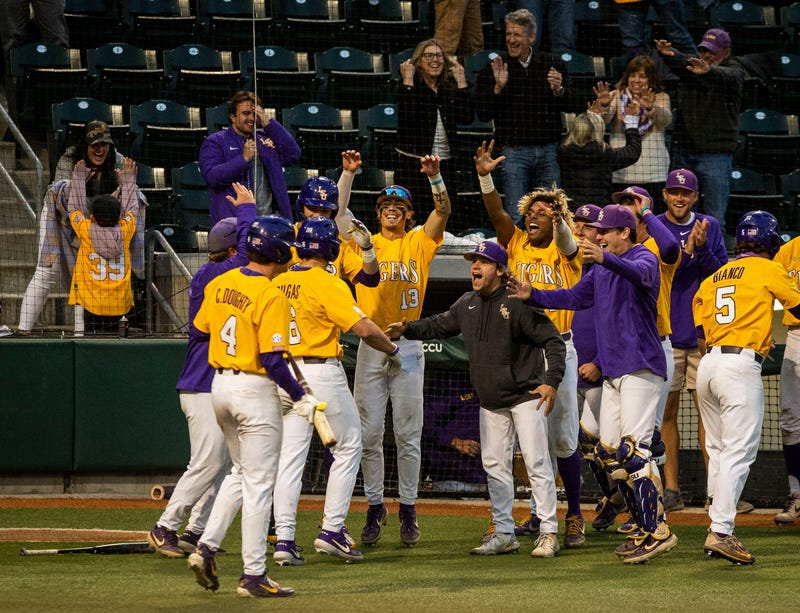 LSU baseball had its struggles in the 2021 season, particularly in SEC play where it started 1-8. But outside the confines of Alex Box Stadium is where Paul Mainieri's young team has shined in its latest -- and possibly most unexpected -- run to the NCAA Super Regionals.

The Tigers have become so adept at winning on the road, in fact, that they've adopted a new nickname for themselves.

I can’t really give you an answer why. The kids are starting to take an awful lot of pride ins it, though, I can tell you that. They refer to themselves as the road dogs. They huddle up and start barking like dogs and stuff. It’s kind of cute. They’re taking a lot of pride in it.

Yes, the #LSU 'road dogs' are a thing. They've even started huddling and barking to really get in the spirit.

Paul Mainieri can't answer why they've been so good away from Alex Box Stadium, but here's what he had to say yesterday ⤵️ pic.twitter.com/EhA6x4jCe1

Paul Mainieri laughed when relaying his team's new moniker, adding that "it's kind of cute" to see the team huddling and barking like dogs during road games. But while he's certainly glad to see it, he's got no definitive answers for why this team has thrived away from Alex Box Stadium. The team has gone 14-9 in road games -- including postseason play -- winning four out of five SEC series on the road even with a thudding start to SEC play.

"I told them I’ve had some really great teams at LSU that didn’t play as well as these guys have played on the road," Mainieri said Wednesday. "I wish I could explain why, but I can’t. They just seem to play with a lot of confidence, and play loose." 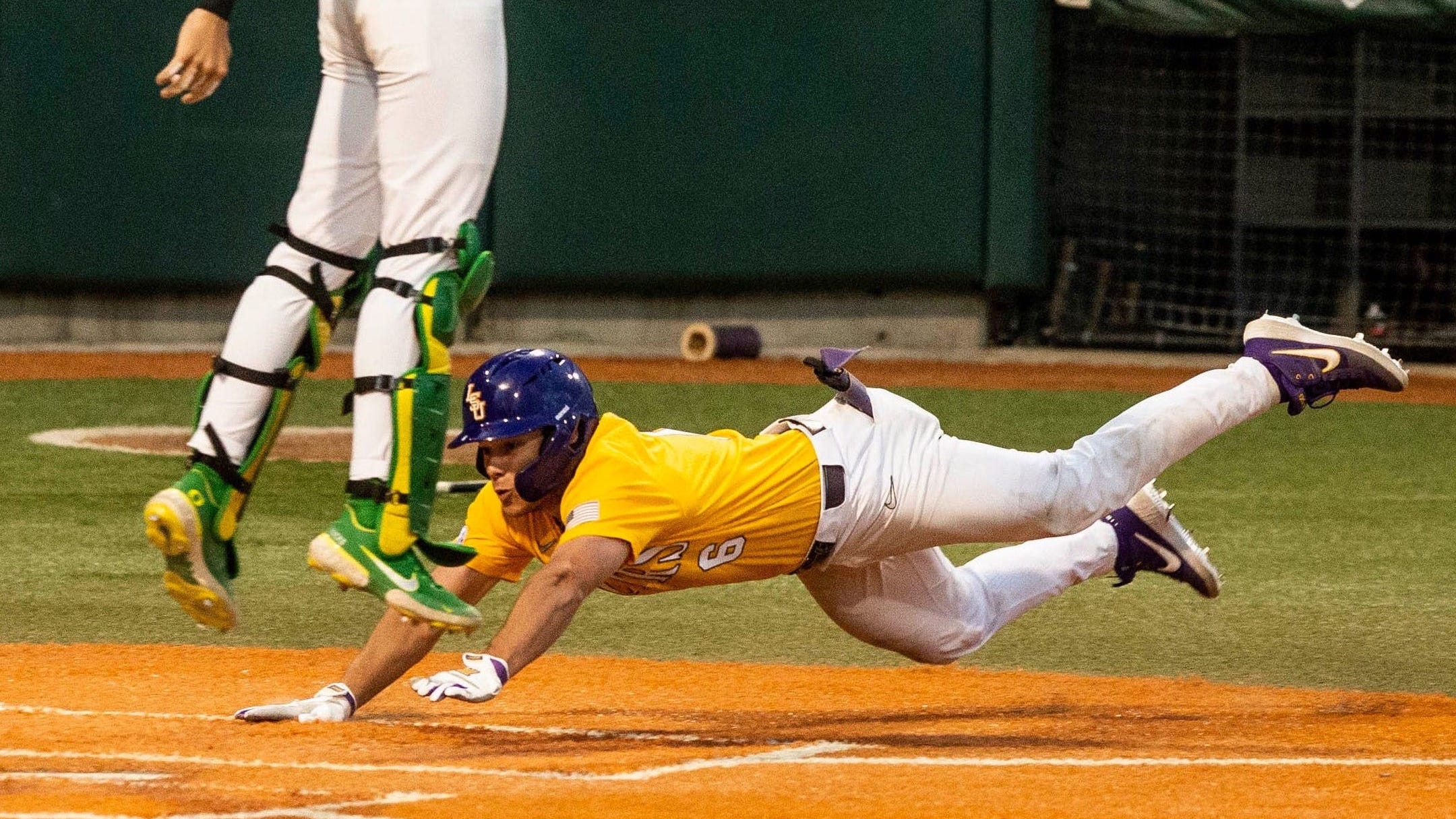 Those series wins included Texas A&M, Auburn, Ole Miss and Kentucky. The one series loss was notable, however, coming in Knoxville against the same SEC team the Tigers will attempt to upset in the Super Regional.

Veteran Drew Bianco had a theory for the road success, though, crediting the team's young players such as freshmen outfielder Dylan Crews and 1st baseman Tre' Morgan for growing up fast throughout the season.

"The young guys just started performing well," he said. "They kinda grew up fast, Dylan and Tre. They're freshmen, but they grew up. They're no longer freshmen in my eyes, and I think that's why we started playing well at the end." 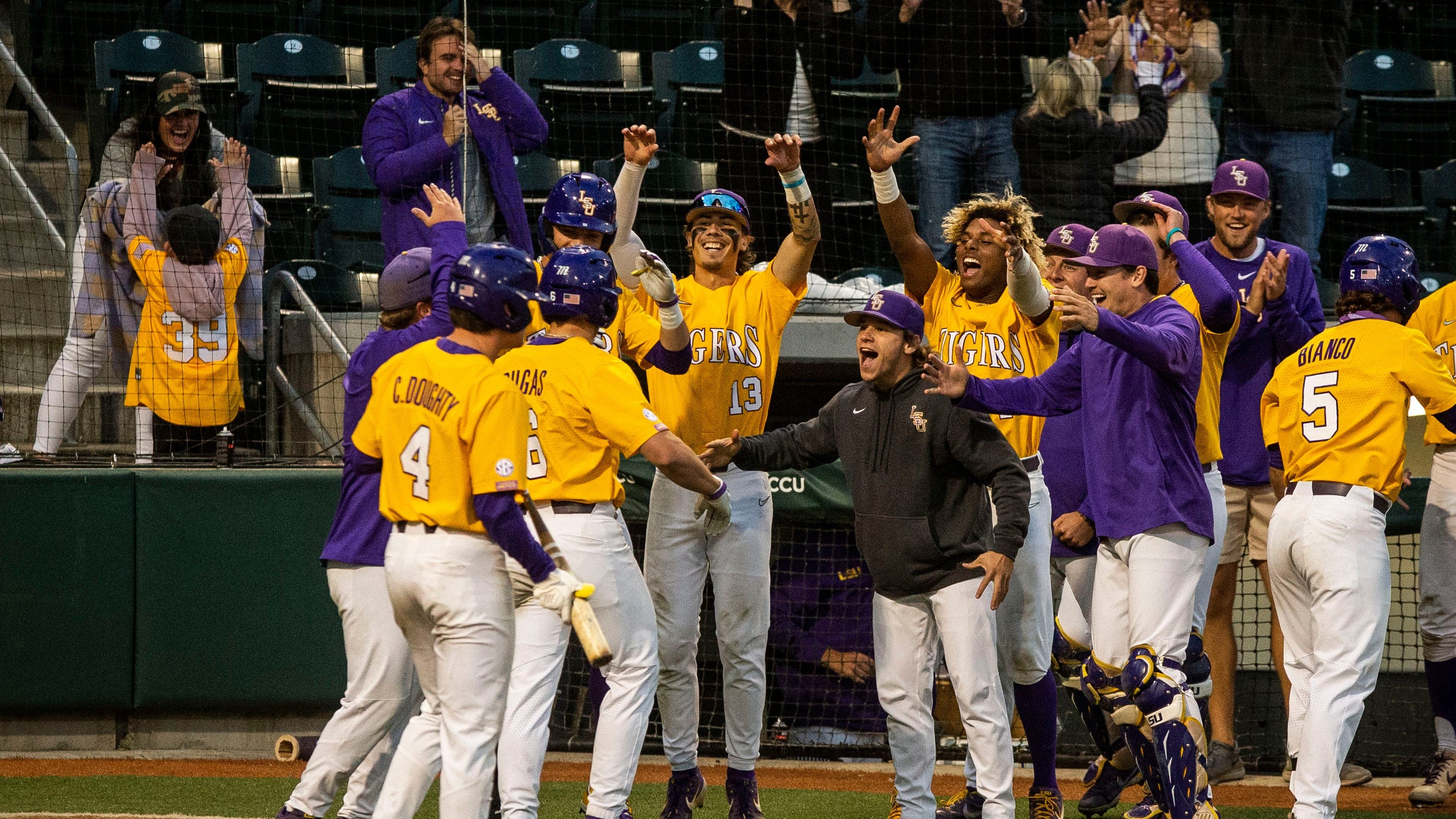 But he noted performances from the veterans as well, which was the case in the clinching regional victory over Oregon. It was a trio of junior players, including Bianco, that loomed large in that victory. Bianco launched a two-run home run late in the game, Dugas hit a pair of home runs and scored the go-ahead run on a slide under the catcher's tag at home, and Marceaux pitched on short rest to close out the final innings in Eugene.

"We joke around saying ‘road dogs,’ " Bianco said. "But I guess we really have been road dogs this year, and hopefully we can keep that same mentality going into this weekend."