No one will be surprised that a recruiting trip to Baton Rouge is more of an event than a simple summer trip.

But it's an entirely different thing to watch it play out first-hand and documented by the recruit himself, Markee Anderson.

The video, which is more than an hour long and documents multiple days of the trip, documents meals, meetings, tours and photo shoots in Baton Rouge. Those included multiple conversations with LSU head coach Brian Kelly, and OL coach Brad Davis, who recruited Anderson.

Watch the video below. Can't see the embed? Click here.

"Gonna break some hearts in the state of South Carolina, so everybody stay tuned," Davis said. "Make sure they all know."

Anderson's photo shoot looked right at home in Louisiana, with a steaming pot of crawfish set at his feat as he donned an LSU uniform.

Whether those South Carolinian hearts do ultimately get broken remains to be seen. Anderson is scheduled to visit his the school in his native state later this month, and he is also being recruited by Clemson, North Carolina and Arkansas. 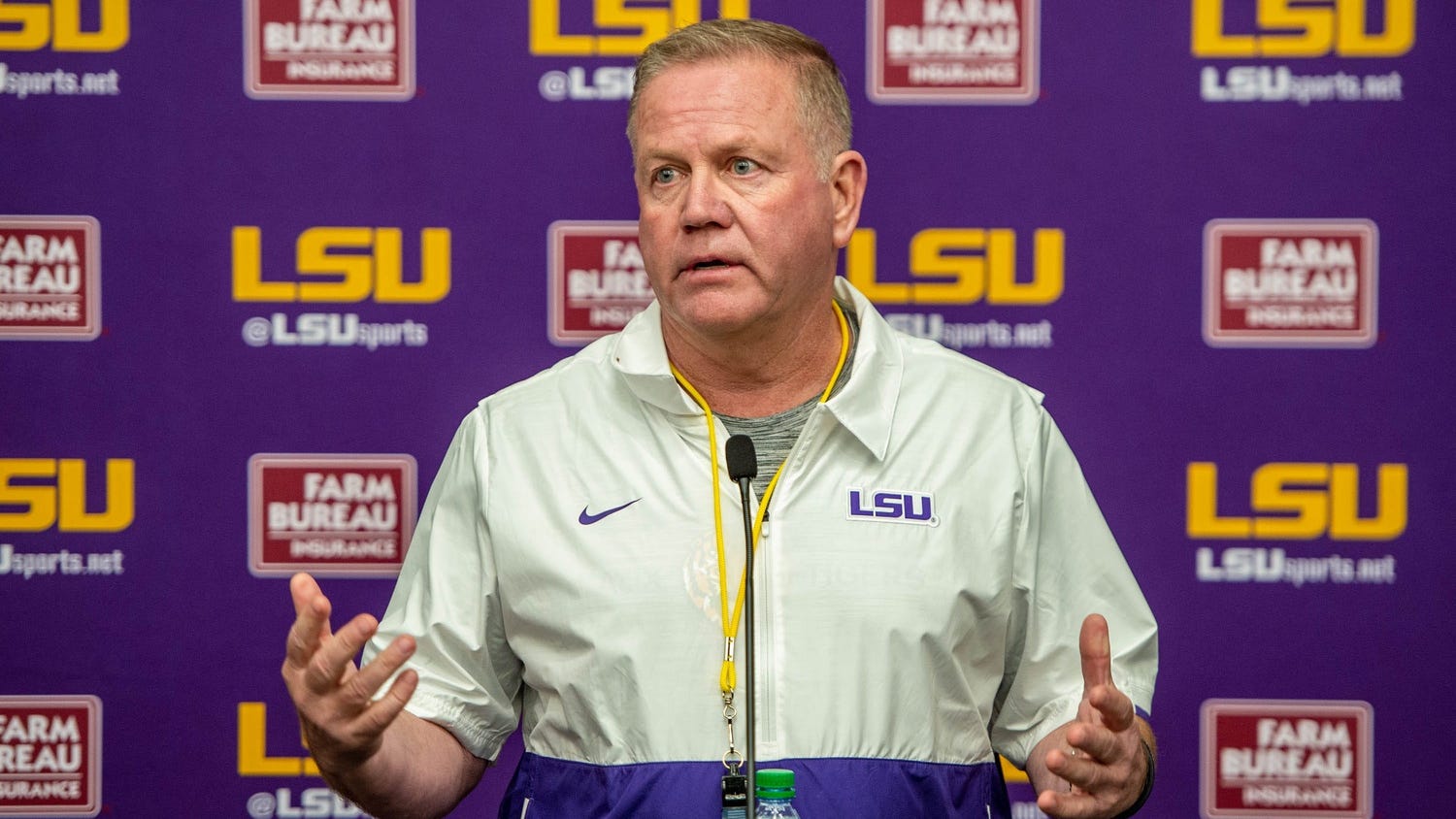 Listen: Brian Kelly says LSU is still working out QB plan, but he has only one real concern

The Tigers have five players committed to the 2023 class already, though none are offensive linemen. That list includes: