If you yell something loud enough, does that make it true?

It's possible that's the case on Fox Sports Radio's "The Odd Couple," where co-host and journalist Rob Parker unleashed a loud and long rant on the prospect of Sean Payton potentially being paid $20-plus million if and when he lands in his next head coaching stop.

“Stop it! Sean Payton is the most overrated, overhyped, overvalued coach in NFL history," Parker said. "This love affair about Sean Payton and ‘oh my God, we’ve got to get him, because the world would stop if we can’t get him to coach our football team.’ Really? It is ridiculous that Sean Payton has come to this point where just by stepping down from a team that was going nowhere and getting on television with the bright lights and in front of the camera has somehow elevated this guy to making $25 million per year. He’s Mike McCarthy, but svelte. That’s what he is."

The rant comes as Payton continues to interview with multiple teams to potentially become their next head coach, a prospect for which they'd have to compensate the Saints to achieve. Parker would argue that Payton and McCarthy have no difference in their credentials, but Payton is held up as a significantly better option.

It's not a new take. Memes have existed for years comparing the two head coaches' career numbers, and it's more than fair. These are both head coaches that were hired in the 2006 season and led their respective teams to a Super Bowl with a future Hall of Famer at quarterback. In fact, McCarthy was hired for a job in Green Bay that Payton expected and hoped to land before he ultimately got the job in New Orleans. Payton has a career win percentage of 63.1% (152-89), McCarthy at 61.4% (155-97). Their postseason accolades are similar, with Payton holding a 9-8 record in those games, McCarthy 11-10 after his Cowboys' defeat at the hands of the 49ers in the divisional round.

But Parker draws a few lines. For one, he claims McCarthy never had a run like Payton's back-to-back 7-9 seasons. That's somewhat true, but he did lead the Packers to records of 7-9 and 4-7-1 in his final two seasons in Green Bay before his mid-season firing. Not exactly a major difference there. McCarthy went on to coach the Cowboys beginning in the 2020 season and has a record of 30-20, but with back-to-back disappointing playoff exits.

Parker also points to the "bountygate" scandal that cost Payton his 2012 season due to suspension as something he can't get over.

"Now we’re supposed to celebrate this guy as if he’s the greatest coach to ever walk the Earth? Count me out. … I’m not saying he can’t coach, but this love affair and this over-exaggeration, overvaluing of Sean Payton is ridiculous," Parker continued. "The same people who call Aaron Rodgers a bum for winning one championship is now parading around talking about how great Sean Payton is. I’m not going to be a part of it. So go ahead, Denver. Go ahead and sign him to a ridiculous contract that he’s not worth.”

Payton stepped away from the Saints prior to the 2022 season and has spent the year working as an analyst for Fox while indicating he did plan to return to coaching at some point. He's already had interviews with the Houston Texans, Carolina Panthers and Denver Broncos, with the Arizona Cardinals also scheduled to speak with him. Payton remains under contract through 2025, which is why any team that wants to hire him would have to do so after swinging a trade with New Orleans. The Saints are hoping those teams don't agree with Parker's take, no matter how loud he yells it. 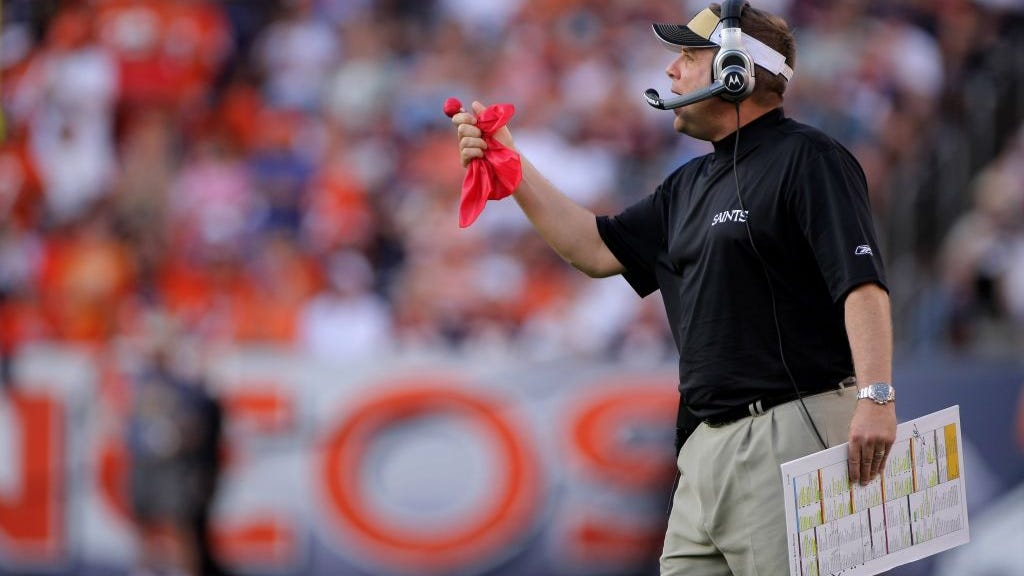