NFL refs were an addition at Saints training camp practice Wednesday morning -- a typical sight during the preseason -- and one of their points of emphasis has the team's attention this season.

That point will be strictly enforcing taunting penalties, a subject that often draws C.J. Gardner-Johnson into the conversation. The Saints safety is often in the ear of opponents, and was twice the target of punches in games against the Bears that led to the ejection of Chicago receivers.

Sean Payton said that will "absolutely" be something the team looks at, while adding a tongue-in-cheek, albeit accurate assessment of his player's on-field persona.

Sean Payton on CJ Gardner-Johnson and the NFL’s emphasis on taunting/unsportsmanlike calls: “He’s been at the scene of a few crimes.” #Saints pic.twitter.com/ON7hRcuD0Y

"He's been at the scene of the few of a few crimes," Payton said after Wednesday's practice. "So that's something we have to pay attention to."

Gardner-Johnson drew a handful of penalties throughout the action in 2020 and was fined by the NFL on multiple occasions. He said last week he doesn't go into games looking to start the banter, but he's always willing to finish it when the other team starts.

"When I go out there I don’t try to start nothing, I just don’t like the other side immediately," Gardner-Johnson said earlier this week. "So when we play Baltimore, I don’t like them. It’s just a switch."

Officiating crews turn up at Saints camp during the preseason, calling penalties throughout the action and later giving a breakdown on the points of emphasis they'll be especially strict on for the upcoming season. 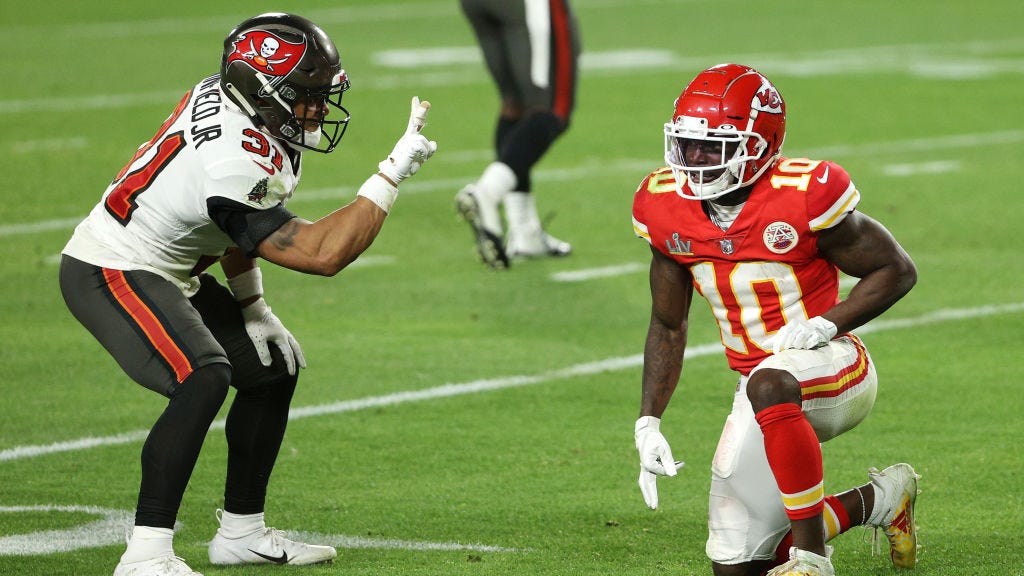