What’s next for Sean Payton?

The former New Orleans Saints coach announced his retirement Tuesday following a transformational 16-year run in The Big Easy and many suspect he will land in a broadcast booth next season. Longtime NFL insider Peter King joined 95.7 The Game’s “Damon & Ratto” Tuesday for a lengthy chat about the state of the league. Check out the full interview below:

“I think in Sean Payton’s absolutely ideal world, he would work on TV next year, for somebody – who knows maybe Amazon, who has this new Thursday night package,” King told hosts Damon Bruce and Ray Ratto. “This my sort of, weird fantasy pre-game show on Thursday nights – Scott Hanson as host with Sean Payton and Marshawn Lynch as the studio analysts. Now that would be some fun television right there. I think in an ideal world, he would get one sniff of TV and then either in ‘23 or ‘24 – come back and have one last shot at age 60 or 61 of trying to win another ring.”

Of King’s proposal – I think the most outlandish thing is to expect Marshawn to do a studio show. He’s just here so he won’t get fined. Scott Hanson has a huge following via RedZone, though, and I’m sure fans would love to see more of him outside of Sunday.

Most expect Payton to be a prime option to comment on the game. Need evidence? His press conference on Tuesday went on for more than 90 minutes.

King doesn’t think the current situation in New Orleans is an enviable one for Payton’s successor, however. Of the nine current head-coaching openings in the NFL, King said the Saints’ gig doesn’t sit high on the totem pole.

“It’s not great,” King said. “They’re in a horrible cap situation, they don’t have a quarterback. They have a team that is old at several important positions. You’ve got a franchise wide receiver who’s played 25 percent of the last two seasons – who knows what kind of shape he’s in? They’ve had a bunch of contracts that have absolutely backfired on them. Look, I think Dennis Allen’s gonna get that job, and I don’t think it’s a great job.” 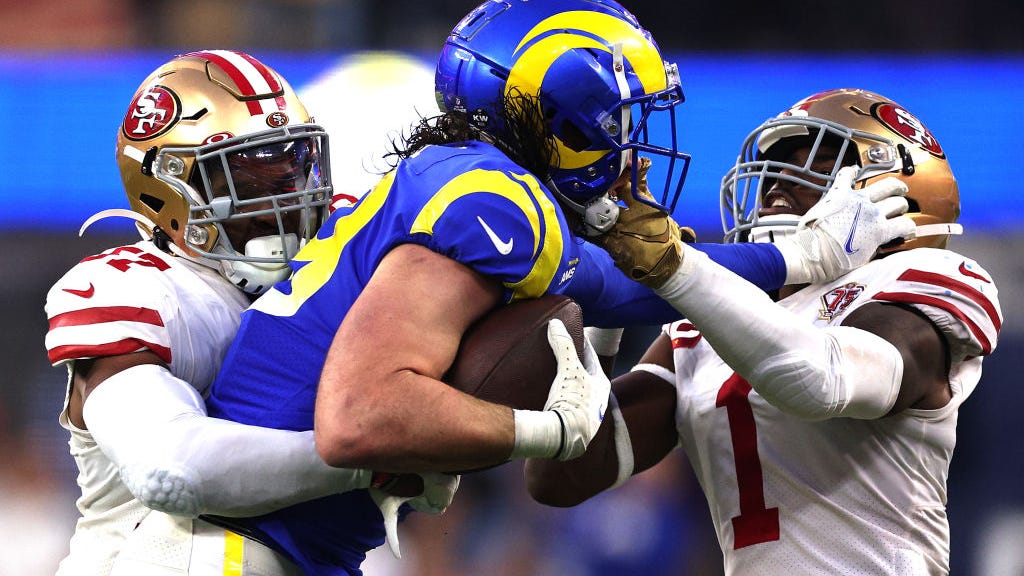