There are no excuses for getting shut out for the the first time in 20 years, and whenever that happens it will always come down to more than one play.

That said, the Saints would like a bit of a clarification: What exactly is a catch? Because Chris Olave's catch deep into 49ers territory in the first half of the Saints' Week 12 loss to the 49ers was overturned, and no one in the Saints locker room could seem to wrap their head around exactly why that was the case.

"I'm gonna be honest with you," a frustrated Saints head coach Dennis Allen said after the game, "I don't I don't know what a catch is in our league anymore."

The reason was explained to Allen on the field, and it was accurately relayed by Fox rules analyst Dean Blandino on the broadcast: Olave didn't survive the ground. He caught the ball, he took a full two steps, both knees hit the ground, then came the elbow. At that point the ball popped out, and apparently ... that means the catch never happened. Keep in mind, this was called a catch on the field. It was challenged by 49ers head coach Kyle Shanahan. The officials decided at that point that it merited being overturned. sure.

The decision meant that rather than a 30-yard catch to the 49ers 8 yard line in a game San Francisco was leading 3-0, the Saints snapped the ball on 2nd and 10 from the 38. They ultimately punted on that drive with the ball going into the end zone, meaning San Francisco took over at the 20. On a drive that began in 49ers territory, that result is as good as a turnover.

It was a clear, momentum-swinging moment that even left Allen -- a coach who is clearly cognizant of how expensive it can be to openly criticize officiating -- without answers and clearly frustrated. 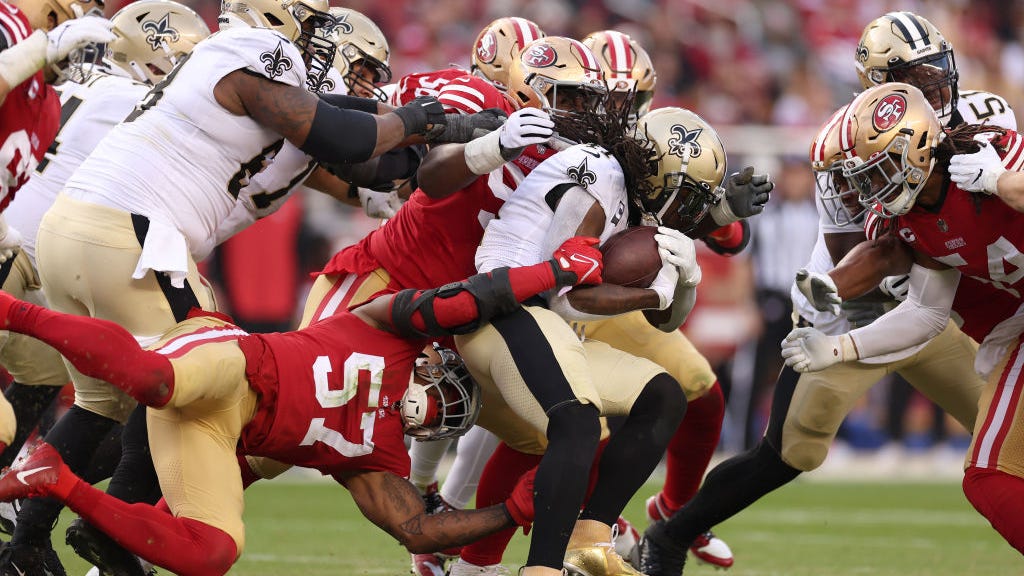 3 quick takeaways as Saints get embarrassed by 49ers: Is it over yet?

At the end of the day, it falls on Olave for failing to hold onto the ball. It's made worse by the fact that it's not the first time he's lost a ball under similar circumstances. In a Week 2 loss to the Bucs, he had come down with a deep shot late in the game and lost the ball on his way to the ground. That time it was ruled a catch and fumble and the Bucs took over. It was one of a large number of miscues, including a pair of Alvin Kamara fumbles and two balls that bounced off of receivers' helmets in the end zone.

"It was a tough play, but I hold myself to a higher standard," Olave said. "So I just got to complete the catch and I guess I gotta hold it to the ground."

The play was a microcosm of a Saints season that's been marred by missed opportunities in a wide open NFC South. The Bucs and Falcons both dropped their matchups in Week 12, meaning that no team in the division has a winning record with less than a third of the season left to play. It's the sole reason why, despite falling to a 4-8 record, the Saints still have no reason to ride off into the 2022 sunset. New Orleans heads to Raymond James Stadium to face the Bucs in Week 13, where a win would leave them just a half-game out of the division lead. 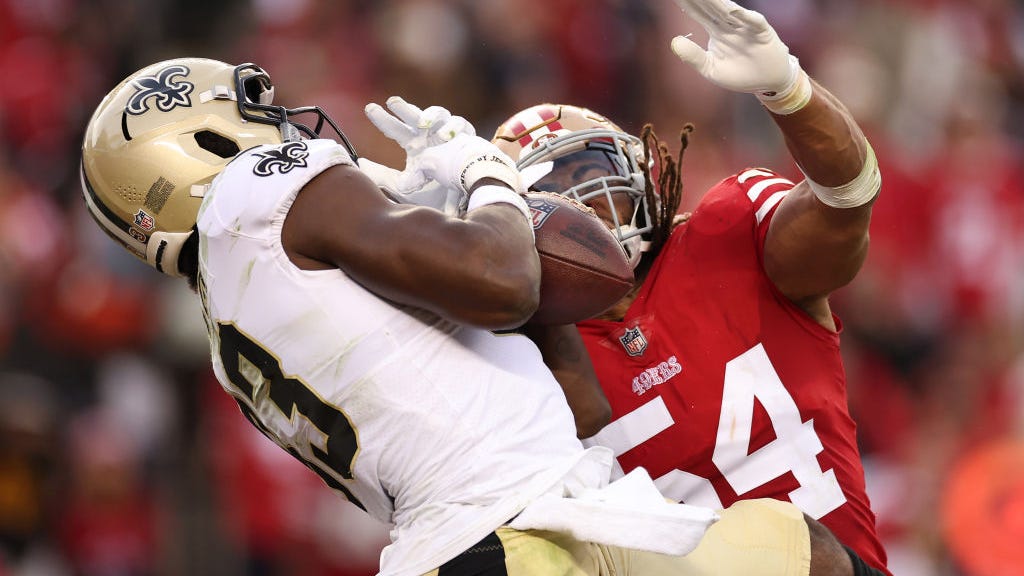 This season has shown that holding out hope might not be the healthiest strategy for who dat blood pressure, but it's far from unreasonable. The silver linings would be that despite failing to score, the Saints spent a majority of the second half in 49ers territory. One or two plays break differently -- stop me if you've heard this one before -- and it's a different result. The vaunted 49ers offense was held in check, that's a positive, even if the Saints yet again failed to force any turnovers. This season will limp on for at least one more week.

“The crazy thing with where we’re at is there’s still stuff out in front of us and we still have something to play for," QB Andy Dalton said. "So, like the game today, it’s frustrating because it’s a missed opportunity, especially with how the division shook out today. The good thing is we are sticking together and we know what’s out in front of us. We know that if we play the way we know we can play, good things can happen. So our big focus will be this next week and finding a way to win in Tampa on Monday night." 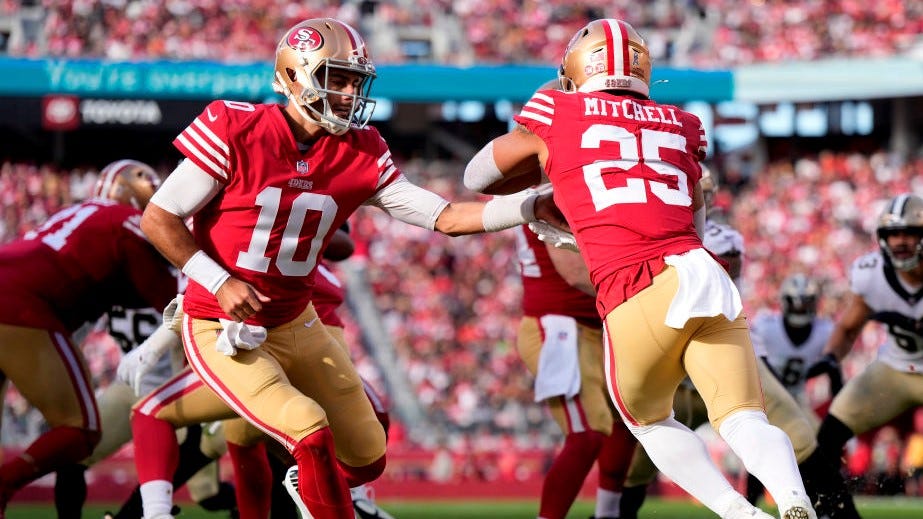