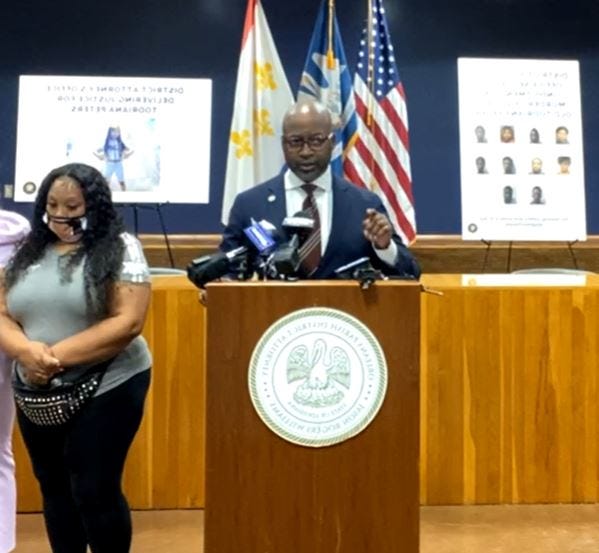 New Orleans District Attorney Jason Williams announced the indictments of ten people in a shooting that ended the life of Todriana Peters.

The fatal shooting happened in May at a graduation house party in the 500 block of Delery Street.

The shootout appears to be a retaliation from an earlier shooting. Peters and two other teenagers were struck by gunfire. Peters did not survive her injuries.

“Todriana would have turned 13 this month if not for the senseless actions of these young men,” said Williams.

"There are different degrees of participation in this case," said Williams.
"All of them played a role in a beautiful 12-year-old girl losing her life and they will all held accountable. Any role, no matter how small or slight, in taking a life in Orleans Parish, is a major one."