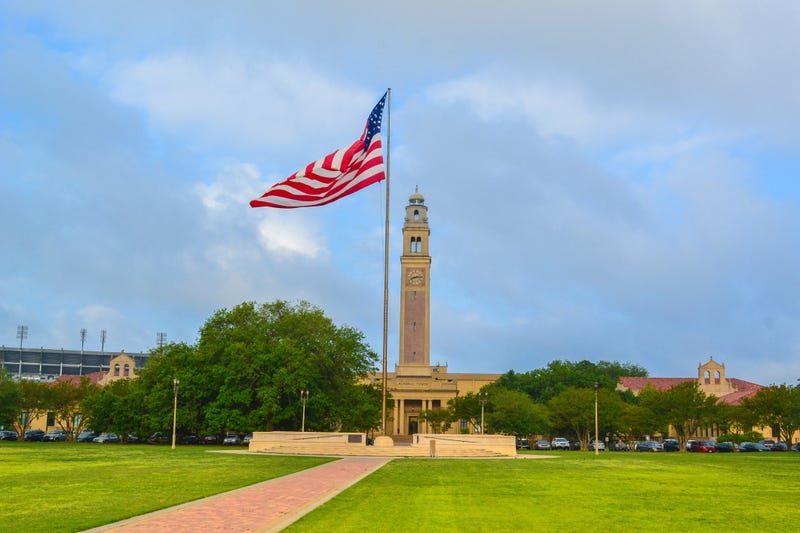 Attorney General Jeff Landry blasted the LSU Faculty Senate’s request that students be required to get a COVID-19 vaccine to attend classes in the fall. LSU Interim President Thomas Galligan said he will once again “review” the request, and but Landry said there’s nothing to review and the mandate would be illegal.

“Galligan knows, that I mean he’s a lawyer if I’m not mistaken. It’s absolutely ridiculous that we are even having this conversation right now,” said Landry. “This is a bunch of rubbish, it is time for these LSU professors to go to work and start teaching these kids and if they don’t like it they can go find a job somewhere else.”

LSU spokesperson Ernie Ballard says while they are reviewing the request “we do not believe we will be able to mandate vaccines on campus.”

Chronicle of Higher Education Data shows more than 400 colleges nationwide have adopted vaccine mandates, among them are Tulane, Dillard, Xavier, and Loyola University of New Orleans. Landry said he believes, despite the fact that those are private schools, those mandates are illegal as well.

“Last time I checked I’m pretty sure that their students apply for Pel Grants. I know that Tulane receives federal funding,” said Landry

Supporters of the mandate note only about 21% of Louisianans ages 18 to 29 have received at least one dose of a COVID vaccine, and the Faculty Senate stated the only way to ensure a safe, normal semester is to mandate vaccination, but Landry said if the faculty wants to be safe they should just get vaccinated themselves.

“If you’re vaccinated why do you worry about anyone else who is vaccinated?” said Landry who also threatened to take the school to court should they proceed with a mandate. “If LSU attempts to put this into place I would have to go into court to get an injunction against them which would be disappointing.”

The UL System has decided against vaccine mandates, citing the legal problems that would come with requiring students to take a vaccine that is still under FDA emergency use authorization.