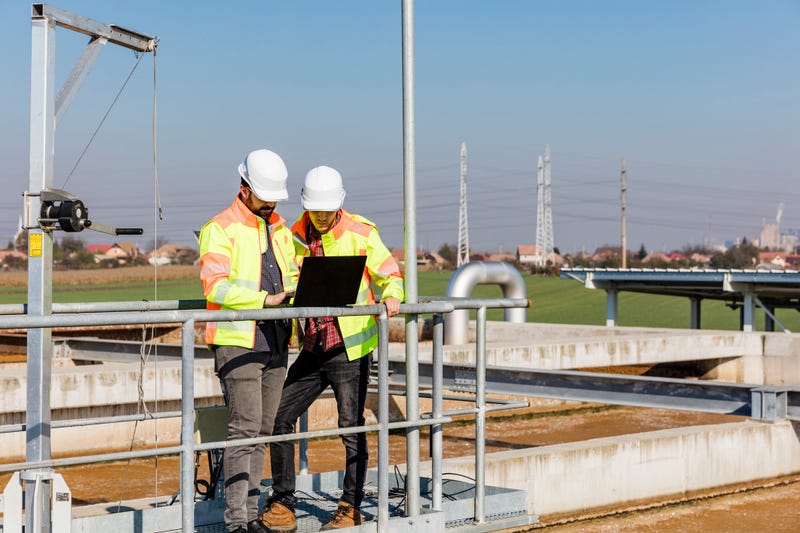 The Bureau of Governmental Research (BGR) has a new report out about water and sewer tax propositions in Jefferson Parish, to be voted on in the March 20th election. Stephen Stewart is the Research Director at BGR, Susie Dudis is a Research Analyst and both joined Newell on the program Tuesday morning to discuss what’s in the report and what voters should know before they cast their votes.

“Stephen, we'll start with you... I know BGR always does this report to review these tax propositions that are put on the ballot,” Newell began. “How did you go about approaching this one, and what did you ultimately conclude?”

“These two propositions are going to be on the March 20th ballot in most of Jefferson Parish, with the exception of a few municipalities,” Stuart said. “These are proposals to create property taxes of up to $5 million each that would fund the water and sewer systems in the parish government. And they would replace two existing water and sewer taxes that have lower rates and expire at the end of 2022. So the new taxes would go into effect (if approved by voters) in 2023. What we do in our report is to take an objective look at the propositions, we look at the plans that the parish has developed for using the money. We look at the size of the tax, whether it's an acceptable funding source, and if the tax has the potential to produce effective outcomes for the public.”

“We are in favor of both propositions,” Stuart continued. “We found clear plans that the parish had developed for implementing infrastructure projects with the money that would fund critical needs, and reduce the risk of system disruption and environmental hazards going forward. We also thought, on the sewer side, that the tax there would stabilize operations. We also looked at the kind of the bigger picture of needs among the two systems, and we found that while the taxes are crucial to the systems continued functioning, they are limited revenue sources and the parish should commit to securing other revenues that fully fund future infrastructure improvements to sustain the high water and sewer service levels. Our recommendation there is to consider a user fee as a way to fairly distribute those future costs and close the funding gap. Overall we do see that these taxes are important pieces of the puzzle, but not the whole way that the system's needs can be funded.

“Susie, when y'all looked at this as the research analysts, obviously you take into consideration breaking news across this country of dilapidated infrastructure for water, as well as sewage in any number of jurisdictions,” Newell said. “It always occurred to me! I'm curious about your reaction to this as you did your research here. A lot of times once you get behind the 8 ball, it is so hard to catch up if you don't try to stay current. Was there anything in particular that revealed itself with Jefferson Parish, with that in mind?”

“You're correct. In looking at this you come across what the needs for our utility systems across the country, and the districts and municipalities that are facing these issues,” Dudis said. “The infrastructure in many cases is very old and expensive to replace. You can continue to go along the line of just making repairs, which upfront is less money - but they get more costly. As you keep repairing something more and more, your expenses are actually growing versus the fact that these systems have reached their useful life and you need to replace them. That was something on the water side with Jefferson Parish - they've been saving for years, building this fund balance for the Eastbank water treatment plant.”

“That's a very expensive project, over a hundred million dollars,” Dudis continued. “But replacing that would provide benefits over continuing to make fixes. And at what point does it become too difficult? At what point do people start seeing interruptions in service that can have costs both to businesses and even schools? You get into boil water advisories, problems for the users. You are seeing what the outcomes will be from that, and what you're preventing by taking care of these things instead of kicking the can down the road further.”