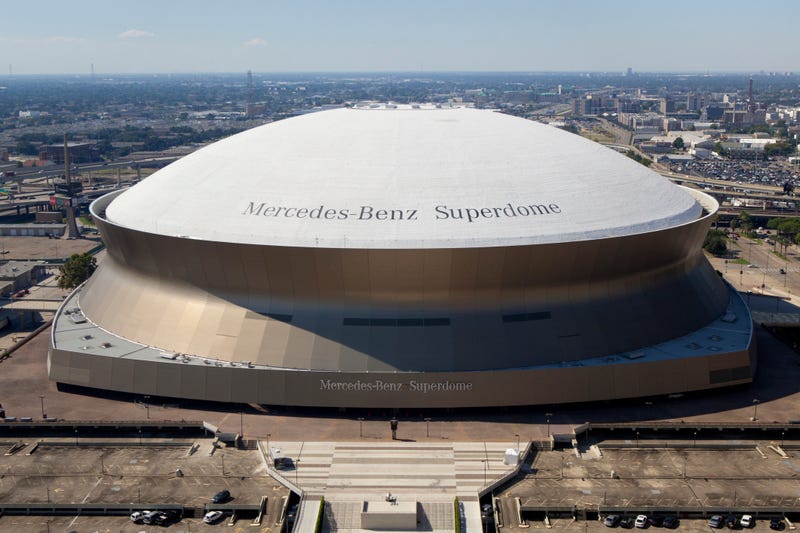 The word is already out, Caesars Entertainment is expected to pick up the naming rights to the Superdome after the contract with Mercedes Benz concludes in August.

But unlike the $50-60 million Benz probably paid for ten years of naming rights (terms were never disclosed), Caesars will shell out a lot more:

“It’s going to be a 20-year deal, so they would be purchasing the naming rights for the next 20-years.  And the current figure that I saw was in the realm of about $200-million-dollars over those 20-years,” says Professor John Healy of Tulane University’s A.B. Freeman School of Business.

A deal with Caesars is a lot more amenable than Stripchat, the adult entertainment web-cam driven site offered 10-to-15-million dollars to win the naming rights for a multi-year deal.

Compared to Stripchat, Caesars looks like a family-friendly company who just happen to own a casino and a hotel in town.

In fact, Caesars is going to rename their current Harrah’s property Caesars as well as pumping millions into building a second hotel tower and renovating the property to reflect the look of a Caesars property.

There’s no word if the dome would change its color from bronze to marble white or adopt the Caesars signature Civic Crown (of bay leaves) around the outside of the dome.

But who knows, it’s Caesars and anything could happen.

But there’s still concern about Caesars owning the naming rights to the Superdome as the NFL is traditionally skittish about anything connected to gambling.

“[For] an NFL team to associate its brand with gambling, which had been something NFL teams had been reticent to do in the past.”

Despite the concerns, Professor Healy doesn’t think the NFL would stop the deal from getting done.

20-million dollars a year is a lot of money for a football franchise.  What would the organization do with that money?

Healy says the team could use it for payroll, to help pay player’s salaries, to just about anything.

Now the Caesars Civic Crown is starting to look a lot more attractive than Stripchat.