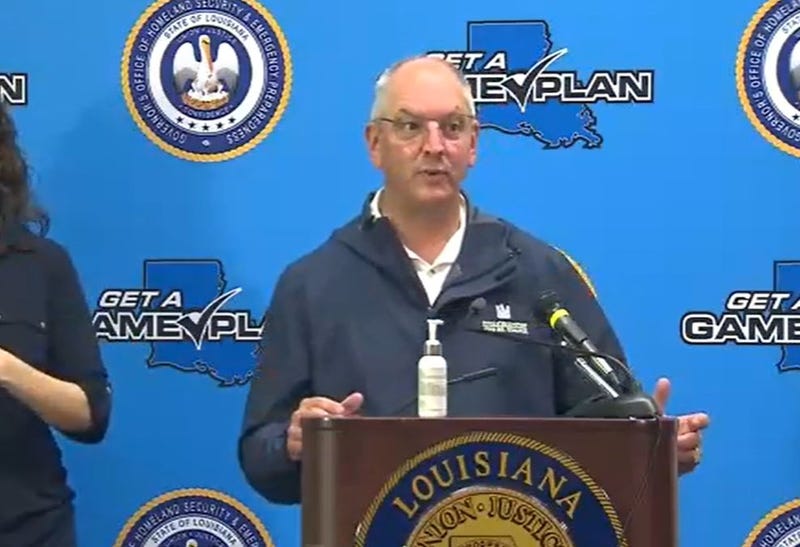 As Tropical Storm Nicholas made landfall on the Texas coast early Tuesday morning, it brought a lot of rain to parts of Louisiana still devastated by Hurricane Ida.

“At that time I believe it was a hurricane, it was a category one hurricane. It is now moving slowly into southwest Louisiana. It is expected to stall over Louisiana, sort of dissipate, but I’m told by the National Weather Service that we can expect rain through the weekend,” Governor John Bel Edwards said in his media conference Tuesday evening.

“Bottom line is much of central and south Louisiana is projected to receive, a lot of rain,” said Edwards.

The parts of the state that will get much of the rain are still devastated by Hurricane Ida.
Many homes still do not have power and have roof damage that cannot protect against Nicholas’ rain.

Edwards says homes that have had power restored could loose power again due to Nicholas because Entergy has not fully restored the redundancies in the power grid.