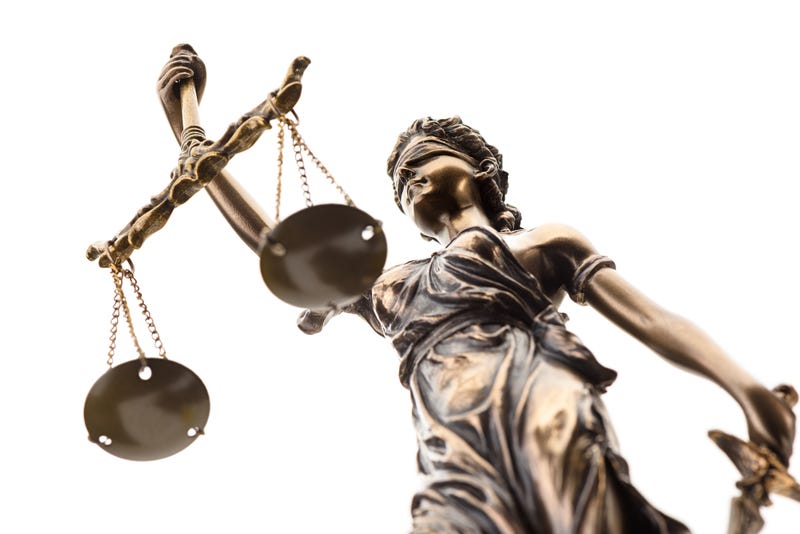 Before she reduced Bryan Andry’s bond, Judge Angel Harris was part of the “Flip the Bench'' criminal justice reform initiative. Andry was supposed to be wearing an ankle monitor when he allegedly killed Portia Pollack last week. So is it really criminal justice reform when there's no vetting of any of these electronic monitoring companies?

Do the electronic monitoring companies serving our city have the capital investment, the wherewithal to provide the safety and security for the community? What are the notification procedures if a subject goes AWOL? Is any of this sacrosanct? We allow the criminal defendant to go out and negotiate the best deal, because they are having to foot the bill, which runs kind of contrary to this whole thing that the “Flip the Bench” crowd said about bail, right? Defendants are still having to pay for their freedom. And yet, we are putting defendants into position to negotiate for the best price. Tax paying citizens are supposed to have a warm and fuzzy feeling about that. I don't know how any of these folks can go before the city council and articulate this with a straight face.

Let me tell you about how haphazardly this criminal justice reformation judge has actually conducted herself. On the bail order, she left off one of the charges. How hard is that? There were only four charges - two for armed robberies, two for being a felon in possession of a firearm. Because she left a charge out, the bail order only had $75,000 worth of bail and three charges on it, instead of a $100,000 worth of bail and four charges.

To make matters worse, there was no mention, no instructions for electronic monitoring on the bail order that was provided to the Sheriff's office. Typically, prior to the individual being released from jail, the monitoring company would come over and put the monitor on and the defendant would be monitored as soon as they left the jail. But that wasn’t done. Worse still - there was no mention on the bail order that there was an obligation for this criminal defendant to actually enroll in a drug rehab program. The only way that you can revoke that bond for non-compliance relative to all of these provisions is for all of this to be outlined in the bail order!

Jay Banks asked Judge Harris and other members of the Orleans Parish Criminal Court system to come give answers about all this, but Judge Harris didn’t appear. If Judge Harris is the poster child for a criminal justice reform, I want none of it. She's not willing to face the music. She’s not willing to be held accountable. She’s not willing to go before the city council’s criminal justice committee and defend these actions. I hope the public is paying attention. I hope the next time they have the opportunity to vote for a judge, they dig down and start peeling back the layers and see what these folks are really all about.

I don’t want any part of it, and I suspect that nobody else does either, because these are basic, elementary, perfunctory duties for a judge to perform. And what I see here shows no independent thinking, no care, nothing at all for the community at large.

Meanwhile, Ms. Portia Pollack loses her life because Judge Angel Harris was losing sleep over Bryan Andry in jail. May she never sleep again, because this is negligence at its best. We lost a productive member of our community because of the negligence and the lack of care displayed by this criminal justice reform judge.

Give me something else. This isn't what I want. I would love to hear from somebody who could tell me that this is what they voted for. This should never have happened. And it’s not just that she made the decision to reduce the bond - every safeguard that could have been put in place, she flunked. And she has the audacity to try and blame it on other players within the criminal justice system, and to not go before Councilmember Jay Banks and the other members of that committee.

If this court and the Louisiana Supreme Court want to shirk their fiduciary obligation to the voters of the state of Louisiana, then the New Orleans City Council should grab the baton and do whatever they feel necessary to overcome this gross negligence.