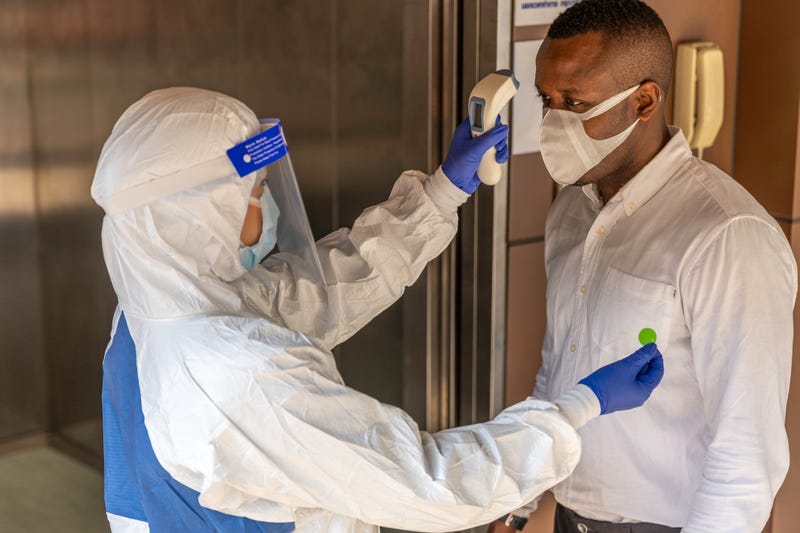 Is COVID being spread through the workplace? Photo credit Getty Images: Ronnakorn Triraganon

African American’s account for nearly half of all COVID-19 deaths.

According to the Times-Picayune/New Orleans Advocate, Black Louisianians are three times as likely to contract the virus as Whites.

The paper reports the disproportionate spread of the disease appears to be coming from the workplace.

A study conducted by the Agency for Healthcare Research and Quality, suggests pre-existing conditions like diabetes and high blood pressure are not driving the infection numbers.

The study suggests blacks and latinos are getting infected on the job.

The study states: “We believe that COVID-19 disparities will ultimately be shown to stem from disparities in exposure, such as the dimensions of employment and household transmission we examined.”

This could also explain why minorities are getting sick at younger ages than older white workers.

Unlike New Orleans, where the infections appear to have spread from the Mardi Gras, other cities say the biggest infection rates get going in neighborhoods with frontline workers, usually healthcare, first responders, and stretching to include people who work in hotels, restaurants and music clubs.

“Workers in the hospitality and entertainment industry, where low-wage workers are over-represented, are at far greater risk than office workers and professionals, who can work from home or otherwise control their work environment,” Michaels told the paper.

The paper reports most people who become infected on job work in situations where they are close to other people, stand close to people, or work with equipment touched by others as well.

Thomas LaVeist, Dean of Tulane University talked about the matter:  “To maintain safety for every worker, we need to think about stairwells, elevators, lunchrooms, and every place where a person might be,” LaVeist states.  “If we’re going to see another outbreak, it will likely occur because of workplace spread. And this is where inequities come in. Because who is more likely to work in those workplaces?”