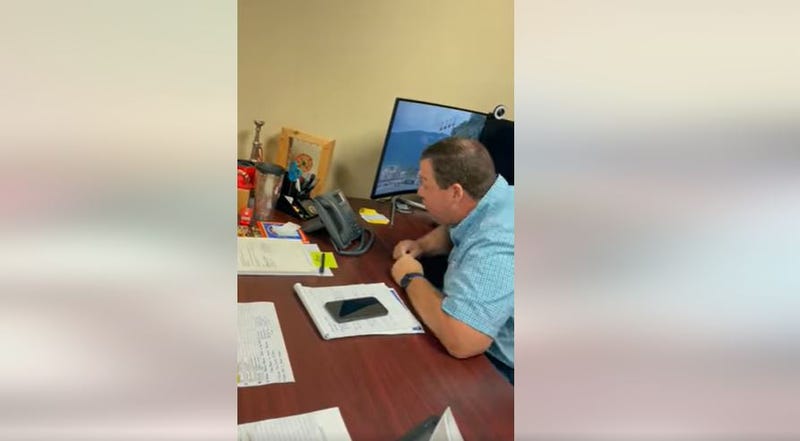 “You got four parish presidents and two mayors on this call who got places all-day-long for you to put these trailers. You don’t have to look for a place to put them, I’ve got all the places in the world in Lafourche to put them. Clean them and send them.”

That is what Lafourche Parish President Archie Chaisson feverishly explained to a FEMA representative on a conference call. It was caught on a video that has gone viral.

The Louisiana leaders voiced their frustrations over the delayed response in getting much-needed “FEMA trailers” to their residents.

“There is no easier way to tick-off a parish president than to put them on a phone call with FEMA,” Chaisson explained to WWL’s Tommy Tucker.

“Mayor Camardelle from Grand Isle was on that call as well, and he asked FEMA about this pod of trailers that is apparently is in Alexandria, just sitting there doing nothing. And the guy from FEMA, who is out of region six in Denton Texas says, we don’t really have 200 of them, but we are getting them back from other places and cleaning them and we are looking for a place to put them,” said Chaisson.

Chaisson says that is when he lost it on the phone. A coworker heard Chaisson fired up on the phone and began capturing the impromptu fight on video.

“I wanted to post it not that I wanted to be a typical Politian and get a bunch of at-a-boys, it was to show the people of Lafourche what we are dealing with, and that we are actually everyday yelling at people on the phone trying to get them help,” said Chaisson.

Chaisson says the FEMA representative on the phone had no response to his tyrant.

“This is the sad part, there were crickets on the other end of the phone, I guess I caught him off guard, and then we moved on, but it got hammered on again, and again from Guy McInnis, from Kirk Lapine, from Cynthia Lee Sheng of Jefferson Parish,” Chaisson explained to Tommy Tucker.