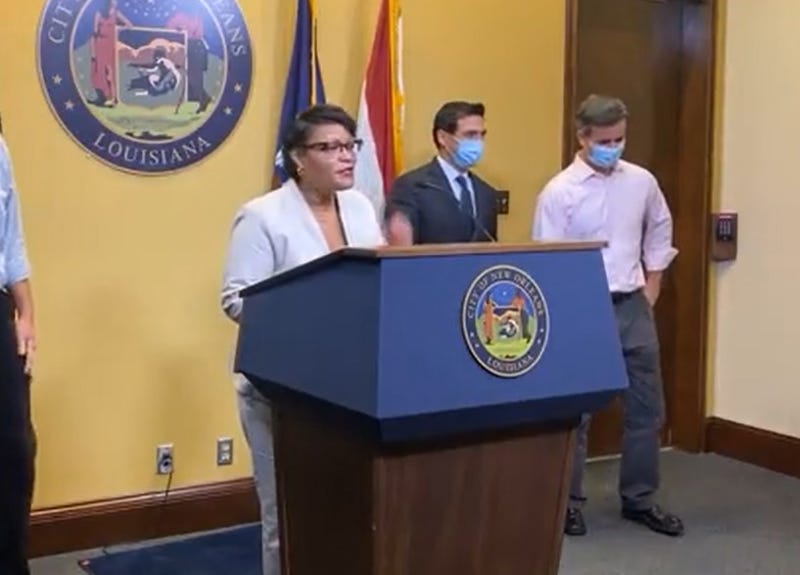 New Orleans Mayor LaToya Cantrell today announced the city is hiring four new garbage companies to help with the backlog of trash collections throughout the city.

"I'm entering into four additional contracts to supplement curbside solid waste collections in both service areas, one and two," said Cantrell. "We recognize that the only thing that will give real comfort to the residents of our city is action -- bottom line. They want this trash removed, they want the city cleaned up. I do as well."

The mayor estimated the cost to be around $20 million, for which she said she would seek FEMA reimbursement. Much of the backlog came from the excess garbage created by food spoilage when Hurricane Ida took out power for days, shutting off refrigerators across the city.

Also today, the New Orleans City Council approved giving residents a break on their sanitation fee, waiving for one month the $24 that is assessed on Sewerage & Water Board bills. The suspension of the fee will show up as a credit on the November bill.