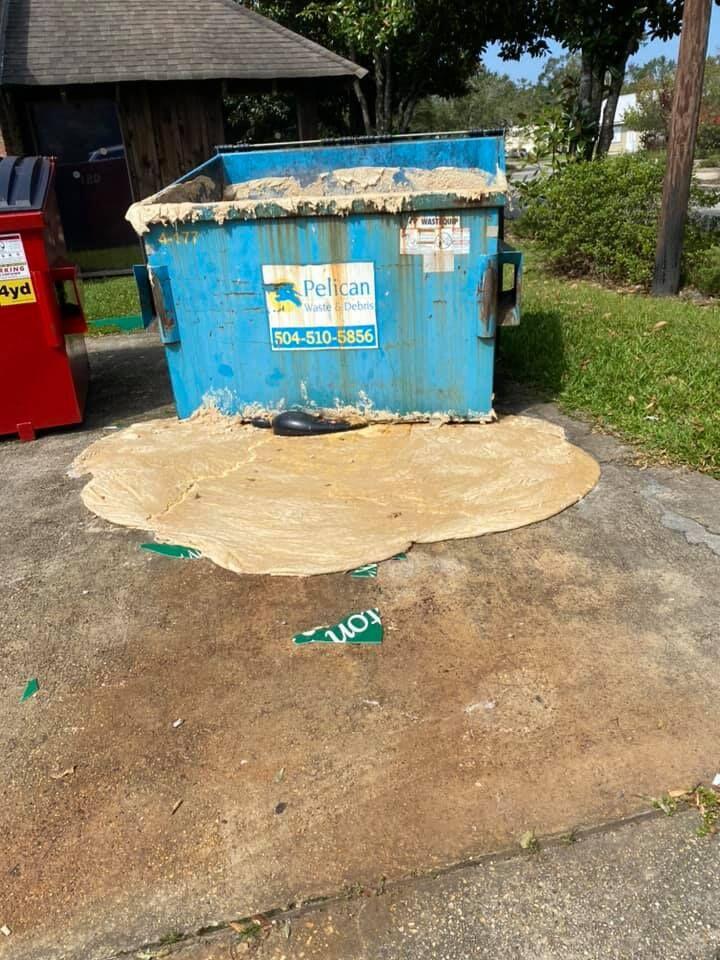 The dough began rising out of its cage on Wednesday, Sept. 1 with temperatures rising throughout the southeastern part of the state. Photo credit Nicole Amstutz
By Joe Hiti, Audacy

Like something out of a horror movie, a mass of pizza dough has started to grow in a dumpster it was discarded in. The dough was tossed by a Domino’s Pizza employee while prepping for Hurricane Ida. Now, one resident has documented the dough’s growth. 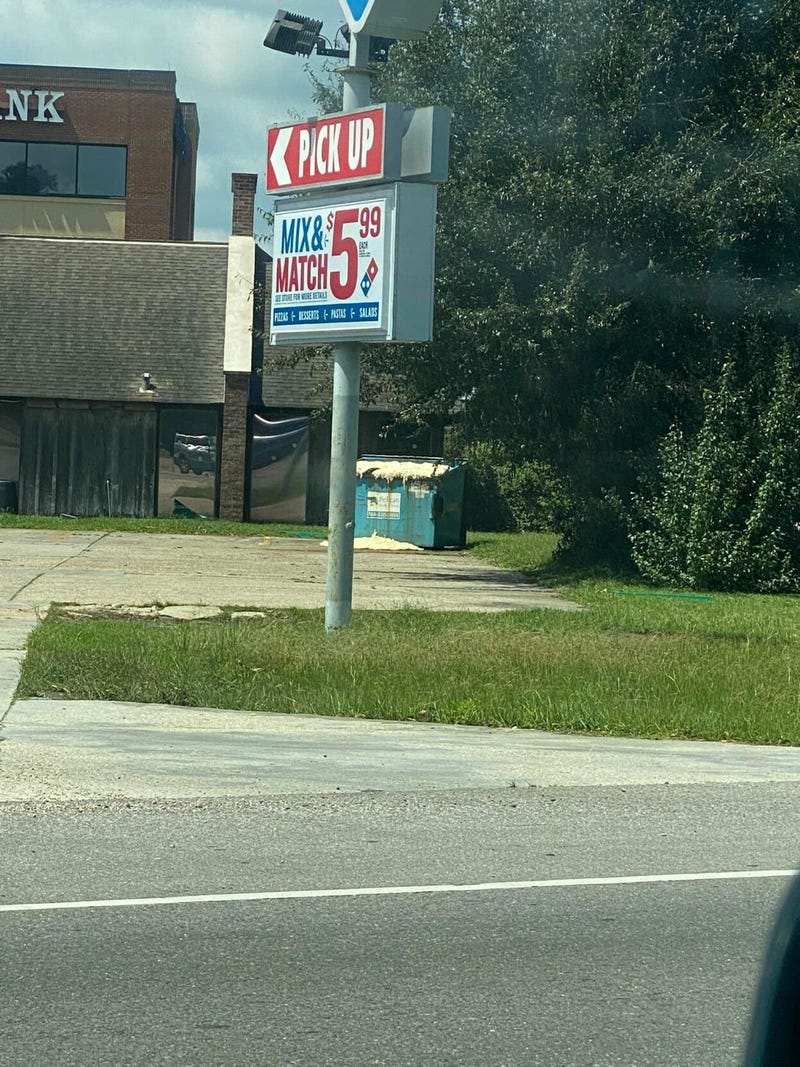 What was only a blob when it first was pitched into the Covington pizzeria’s dumpster has now risen and spilled out onto the concrete. The dough monster continued to grow in its metal cage as temperatures rose into the 90s throughout the weekend. 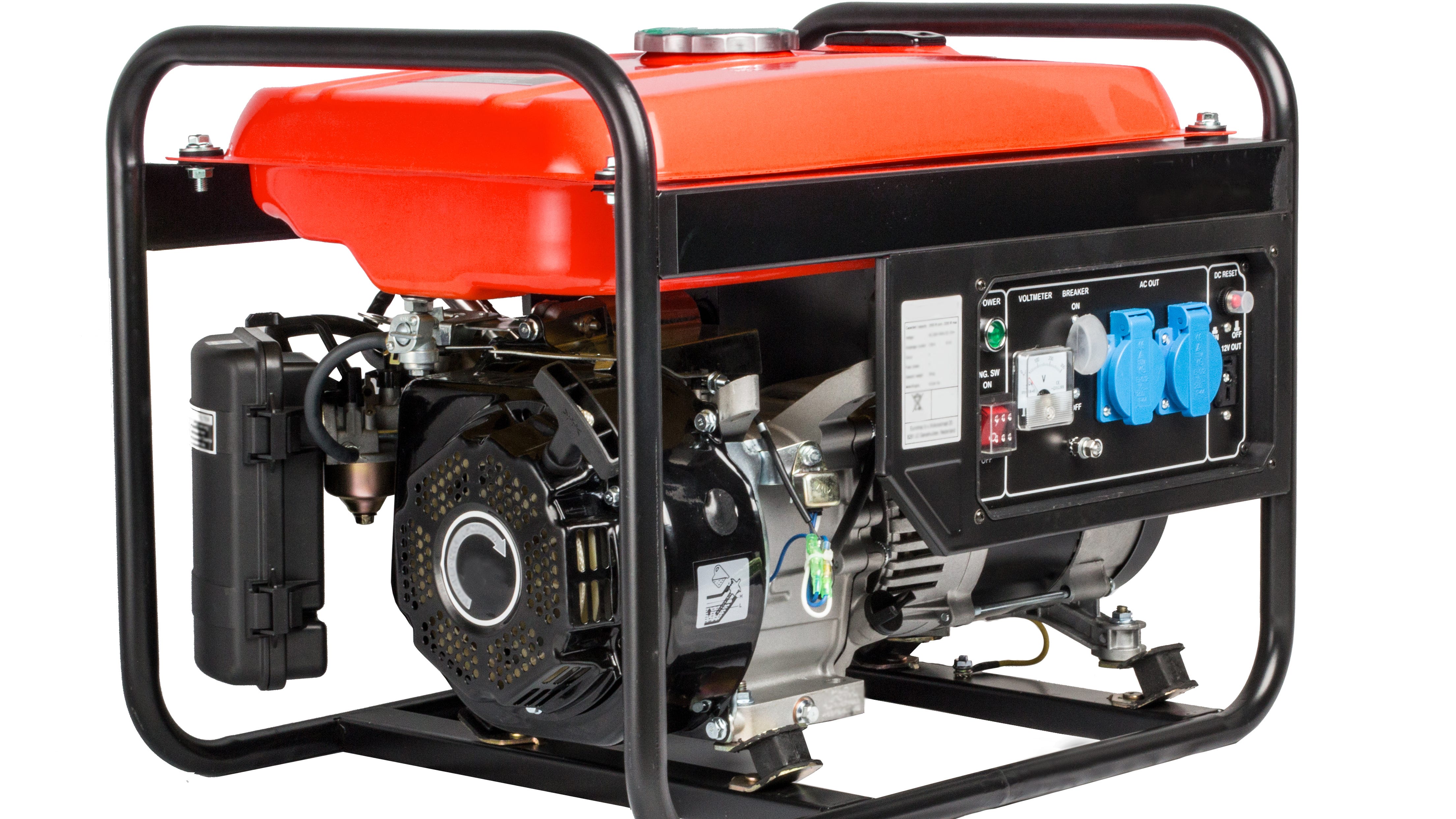 FEMA to reimburse residents for generator and chainsaw purchases

One resident, Nicole Amstutz, has documented the blob’s growth since Wednesday via her social media account, where she describes herself as a “Snacktion Reporter.” 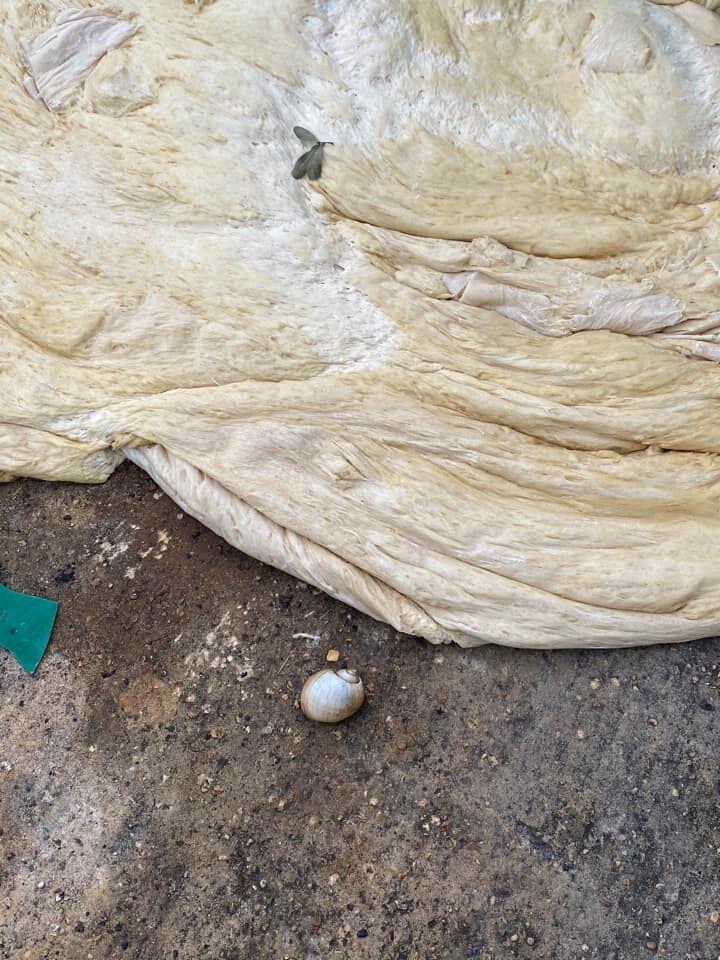 A snail gives reference to the size of the blob. Photo credit Nicole Amstutz

Responding to comments, Amstutz said she is “really just happy it’s making so many people laugh at such a stressful time.”