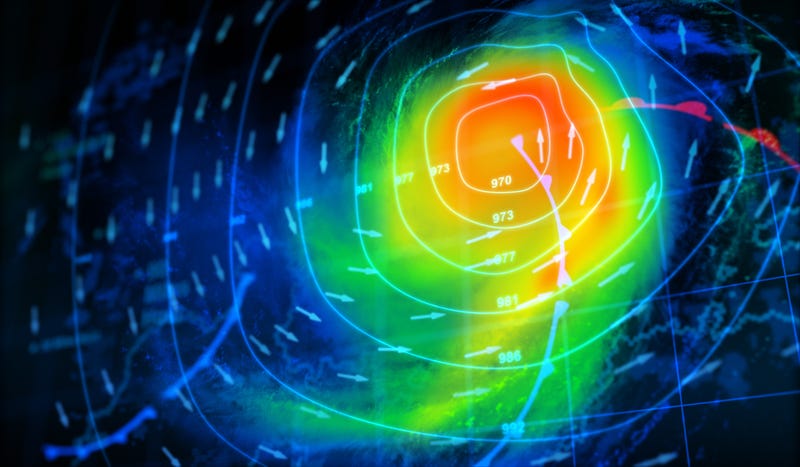 Fall will arrive tonight at 8:04pm. Before fall gets here there will be a heat punch that may set record highs for the day. 95 degrees is the record with the forecast calling for highs between 95-97 degrees. We start with a humid morning which should dry out as the day wears on.

Things will start cool on Friday as a weak cold front moves through tonight.  Temperatures will remain in the low 90s with plenty of sunshine Friday and Saturday, Sunday could have a few Showers.  Monday will warm if not downright hot again.  But a cool front will return and by Tuesday, nice cool air will be back in the region.  Highs in the mid 80s.

Invest 98L is in the Caribbean Sea, but has yet to be organized.  Northerly shear and closeness to land are keeping the depression a sloppy unorganized mess.  Models do show the system starting to strengthen in the Caribbean this weekend or early next week as the wind shear relaxes.  Models are in descent agreement it nears the Yucatan Channel by Monday or Tuesday of next week, so we will remain quiet in the Gulf through the weekend. The big question remains, where the system jumps off into the Gulf. Models solutions range from the Yucatan Peninsula to Cuba. That's a wide range of scenarios and where the system moves into the Gulf will determine where it goes.

A system moving from Cuba to the Gulf would be a Florida threat. This would probably give us great weather along the central Gulf Coast as northern wind wrap around the system. The solutions that are further west toward the Yucatan would be scenarios we'd want to keep a closer eye on.

The further east or west scenarios remain possible at this moment and for now we still sit and wait for Invest 98 to develop a closed center. Until then confidence remains low in the long range forecast. This is something to watch beyond this weekend, but we still have a lot of time to prepare if necessary. Not worried, just watching right now.