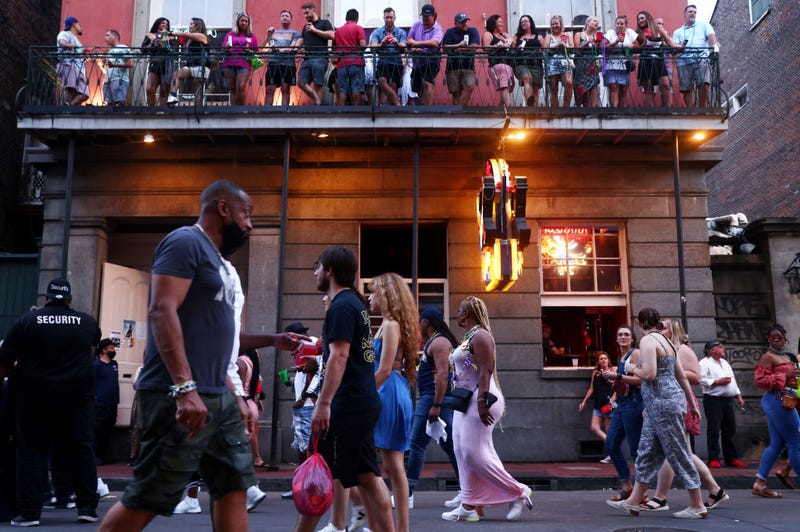 For weeks now, Bourbon Street and the French Quarter have been at the top of the headlines for a number of shootings. Business owners, tourists, and locals have voiced their frustration and displeasure at the incidents that happened downtown.

I enjoy the restaurants, bars, and music of the French Quarter as much as the next person, but if we continue to allow people to get away with breaking laws in the city’s most popular destinations, it won’t be long before the businesses will leave, and the tourist and locals will stop going to Bourbon Street. I was encouraged to read an article about an arrest in the French Quarter over the weekend, that could’ve easily turned to violence if it were not made - and it’s violators like this that the New Orleans Police need to keep out of the French Quarter and the downtown area.

That is possession with intent to distribute. This person was a participant in the drug marketplace in the French Quarter, and selling drugs is what's helping fuel the violence and the gunfights there. This is a territorial war that's going on between competing street level drug dealers. These types of individuals are meaningful to what’s happening down there.

Now, when I hear they’ve made 12, 14, or 20 more of these arrests, I am going to be incredibly encouraged. These are the individuals that are putting everybody who visits the French Quarter at risk.  By just the inventory of what the suspect had, it doesn't take a brain surgeon to figure out what was going on.  I've been told by a number of owners of bars, restaurants, and residents that you can find these types of individuals in the French Quarter every night. They're approaching people who are 20 years old to even 80 years old, trying to sell them drugs.  This is what’s ruining our French Quarter!

Congratulations to the NOPD on this arrest - hopefully there's more to come, because there's one thing we know for sure - there are more offenders out there.