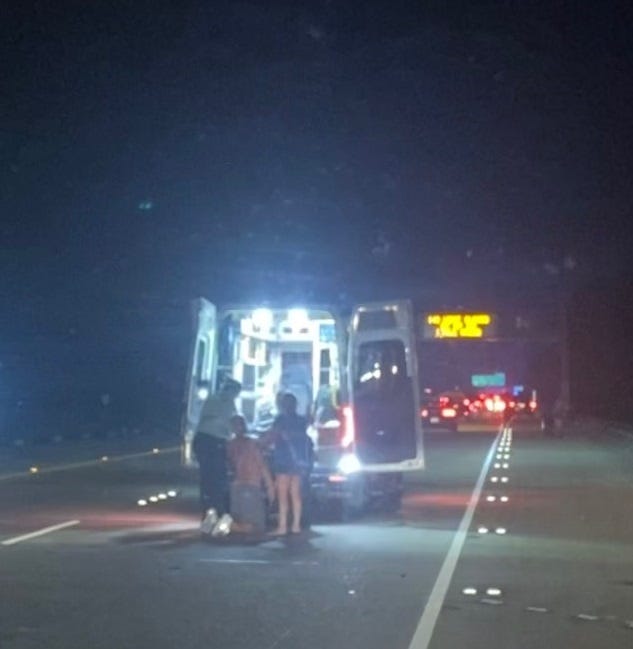 Bullets were flying on the interstate Saturday night, with two people reportedly injured.

Witnesses say a man with a handgun got out of a car and started firing into vehicles.

It happened after a crash brought traffic to a standstill near mile marker 211.

An eye witness tells WWL First News that a man in an all-white suit was the shooter.

He allegedly got out of a vehicle stuck in the traffic behind the crash.

Moments after the shooting a woman in a wedding dress ran to an arriving ambulance. The shooter began pounding on the doors of the ambulance, but the paramedics wouldn't open the doors.

A man who said he did not know the shooter or the woman in the white dress suffered what appeared to be a bullet wound to the arm. The rear window of his vehicle was shattered.

Another victim was apparently shot in the leg. 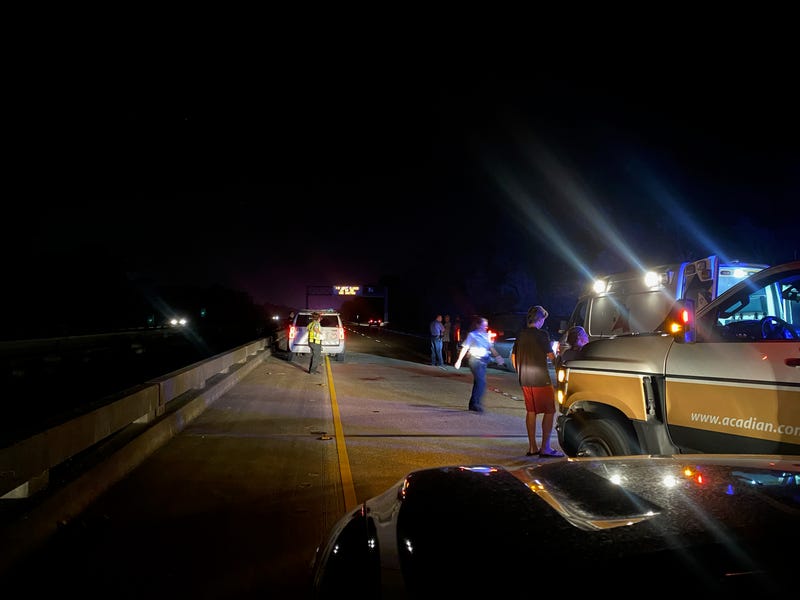 Police officers on foot arrived at the scene about ten minutes after the shooting.

Witnesses say they ran through the stopped traffic to get to the scene.

The alleged shooter surrendered to the officers, one of which was in plain clothes.

He is booked with charges including attempted murder.

This all happened just after 11:00pm.

The ambulance was not able to leave the scene because of the stopped traffic. Authorities called for an air-med helicopter. It landed on the I-10.

Another witness said the shooter and the woman in the white dress had just gotten married and were arguing while stopped in traffic behind the crash, before the newly wed husband got out of the vehicle and started shooting. 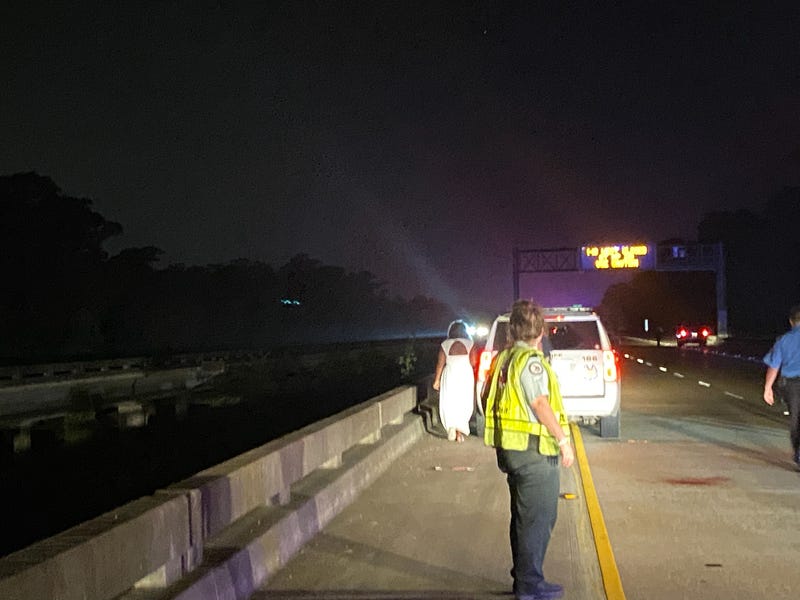 Sheriff Mike Tregre told media that the shooter was leaving his wedding with his new bride and became suspicious that another man and his wife were cheating on him.

The groom was allegedly shooting at the other man when ran from the car.  He was shot in the leg.  Investigators believe the man shot in the arm was an innocent bystander.