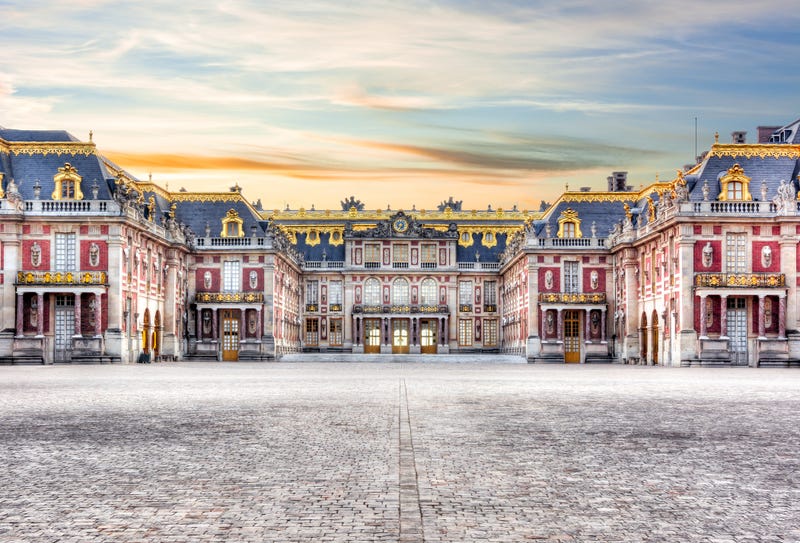 NO this is the actual Versailles! We couldn't a picture of the Guidry home. Photo credit Getty Images:

The Guidry family puts their $17-million Old Metairie estate up for sale and you won’t believe the opulence.

If Versailles could have a New Orleans relative, then the home of Shane Guidry certainly would qualify.

Now you can live as one of New Orleans biggest mover and shaker did for seven years, in a manse took three years just to build!

If you can come up with $56-thousand for 30-years this six bedrooms, 11-bathroom home stuffed with antiques can be yours.

One selling point is the rare marble floor culled from one quarry in Italy.  During the three years it took to build the home, Guidry bought the quarry so there would be no danger of running out and plenty of stone to tile floor the home.

According to the Times-Picayune/New Orleans Advocate, the front door way is so high, Zion Williamson can pass through with another player on his shoulders!

“Not a lot of people can afford a $17 million house,” Guidry told the paper. “I don’t expect to get a lot of inquiries. A lot of international people love New Orleans but don’t want to live in New Orleans, so perhaps it will be someone from Canada or France.”

When this property sells its more than outshine the previous record holder for the most expensive home sold in the region—a home on Ursulines Avenue in the Quarter that went for just shy of $7-million in 2019.

Realtor Peggy Bruce says if you come knocking, you better have the cash:  “Any buyer will have to provide proof of funds or a letter from a financial institution saying they are pre-qualified.”