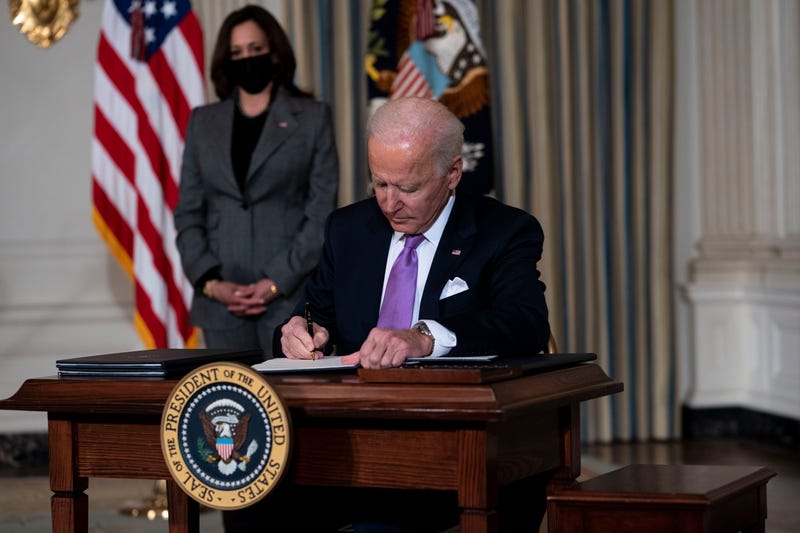 President Biden appears to have forgotten his role or maybe it was just a "slip of the tongue."

On Thursday, the "leader of the free world" called his vice president, Kamala Harris, “President Harris” while celebrating the US nearing administration of 100 million COVID-19 vaccine doses.

Biden said, “Now when President Harris and I took a virtual tour of a vaccination center in Arizona not long ago, one of the nurses on that, on that tour injecting people, giving vaccinations, said that each shot was like administering a dose of hope.”

Harris was on hand for the event at the White House, but neither her nor Biden reacted to the mix-up. It's not the first time the President gave away his job duties to the Madame President of the Senate.

In December, Biden referred to Harris as the "president-elect" while discussing COVID-19 vaccines.  “I took it to instill public confidence in the vaccine. President-elect Harris took hers today for the same reason,” Biden said at the time.

President Donald Trump referenced the possibility of Biden's mental decline several times during last year's Presidential Campaign. He claimed Harris would eventually replace Biden in the White House as the first female President in US history.

Many pundits have speculated if those rumors spewed by Trump have any truth to them. Biden also appeared to forget the name of Defense Secretary Lloyd Austin, referring to him as “the guy who runs that outfit over there.” at an event at the White House this month.

Biden and Harris arrived in Atlanta on Friday to talk about the rise in Asian-American violence after a gunman took the lives of eight people at three separate massage parlors earlier this week.