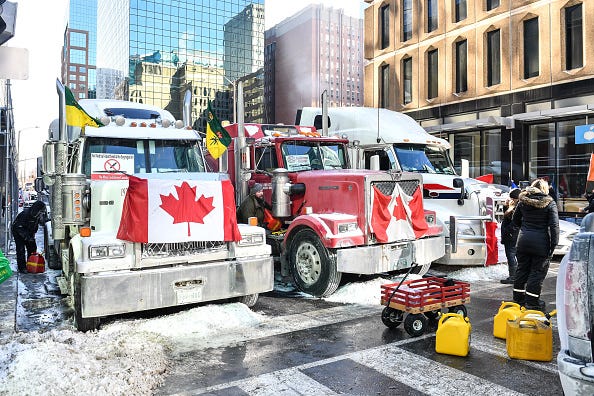 Ya'ara Saks, a Canadian Member of Parliament, said on Monday that the onomatopoeia "honk honk" being used by Freedom Convoy members is secretly a coded message meant to mean "heil Hitler."

Saks made the comments while she was giving testimony before Parliament on Monday. During the speech, she discussed how some perceived the government's inaction against trucker protesters.

"How many guns need to be seized?" Saks asked. "How much vitriol do we have to see of 'Honk Honk' – which is an acronym for 'heil Hitler' – do we need to see on social media?"

The Freedom Convoy has adopted "honk honk" as its unofficial slogan, referencing the horns that protesters would use to annoy government officials while protesting pandemic mandates.

However, the left-leaning Saks claimed it had another meaning, serving as an "acronym" for "heil Hitler," being used to promote White supremacy.

Saks most likely misspoke as acronyms are an abbreviation of a phrase by the first letter of the words. Nonetheless, she is receiving backlash on social media, accusing her of fabricating the connection. Despite the opposition saying she was making something out of nothing, she doubled down on her statements in a post on Twitter.

"For those who think that 'Honk Honk' is some innocuous joke. I'll just leave this here," Saks wrote Monday.

In her post, Saks shared a photo of a tweet from Gwen Snyder from 2019. According to Fox News, Snyder is an "anti-fascist" and "organizer."

In the post from 2019, Snyder claimed that "honk honk" was intended to mask the phrase "heil Hitler," being that both could be abbreviated to "HH." She said it was specifically chosen as a White supremacist symbol, offering a screenshot of a 4chan post without context as evidence.

"'Honk honk' is associated with the honker," Synder said, referencing an image of internet meme Pepe the Frog in a rainbow wig. 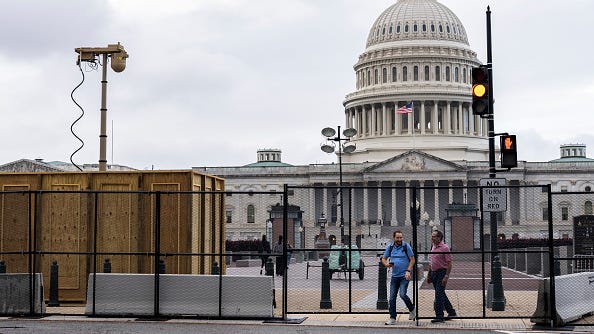 Fencing is going up around the Capitol before Biden’s State of the Union, due to potential trucker protests
Featured Image Photo Credit: Minas Panagiotakis/Getty Images