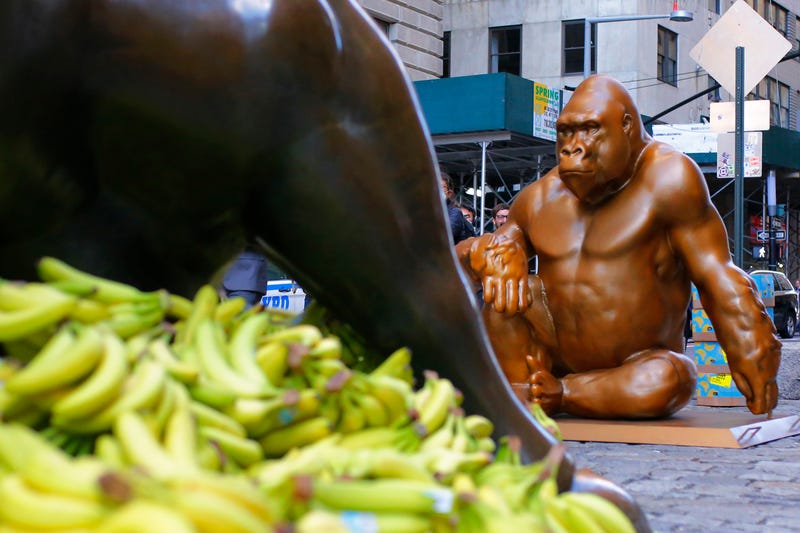 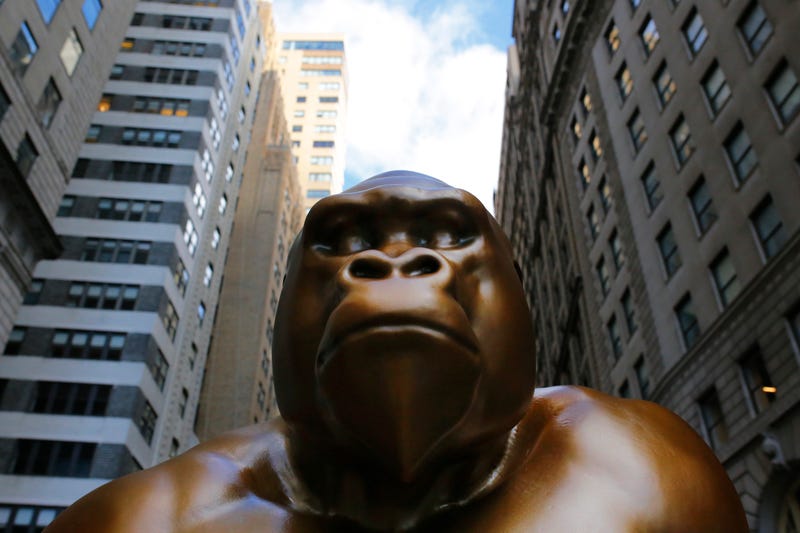 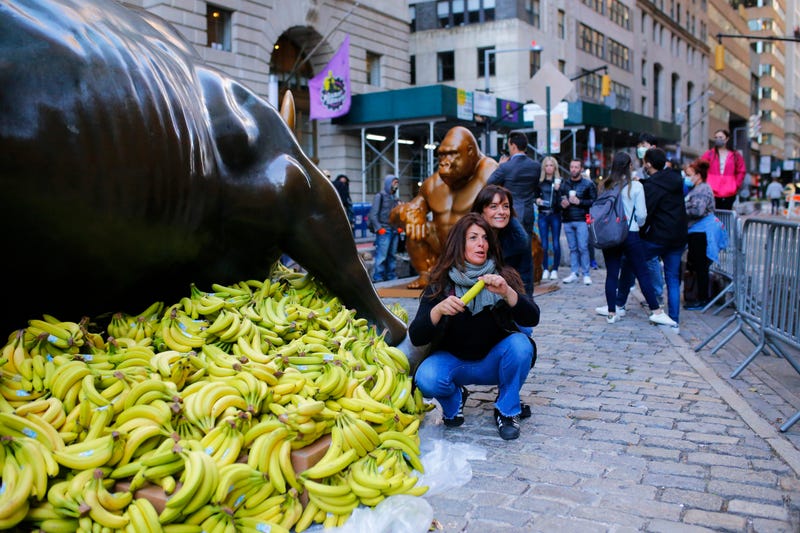 The gorilla statue was recently put up at Bowling Green Park, and some 10,000 bananas have been placed around the bull in what is said to be a message about wealth disparity. The fruit will be donated to area food banks and community fridges, according to WNBC.

Harambe was famously shot dead in 2016 after a young boy got into his enclosure at the Cincinnati Zoo. The story garnered international coverage and the gorilla became a social media sensation. 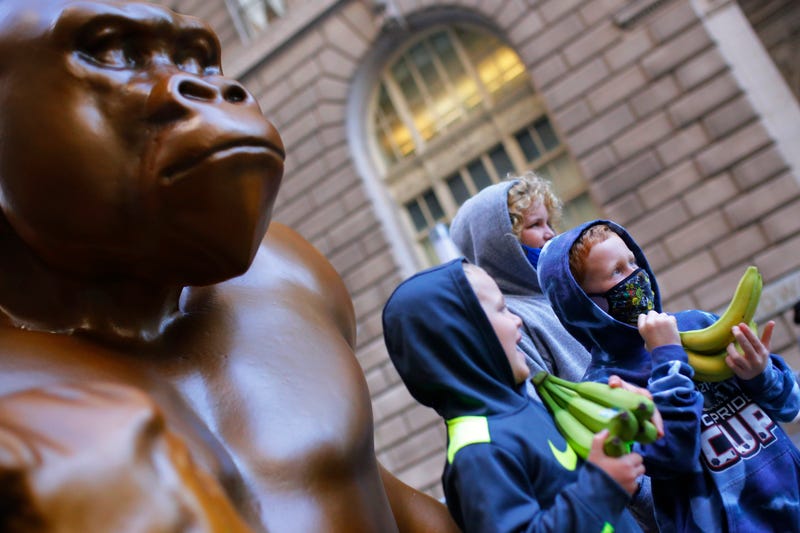 A family visiting NYC from Indianapolis takes a photo with a Harambe statue installed in front of the Charging Bull statue on October 18, 2021 in New York City. Photo credit Michael M. Santiago/Getty Images 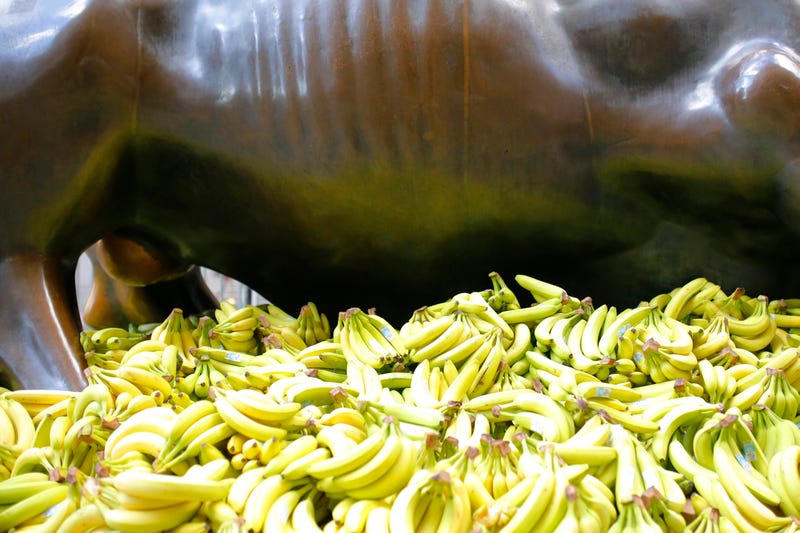 Bananas are seen covering the base of the Charging Bull statue on October 18, 2021 in New York City. Photo credit Michael M. Santiago/Getty Images

The new statue of Harambe was put up by Sapien Network, a social networking platform currently under development that “prioritizes humans and what makes us special as a species.”

The co-founders of Sapien told WNBC that the statue is meant to show how Wall Street has gone “bananas,” with Harambe representing millions of people struggling under a system that “enriches wealthy elites and leaves the average person behind.”

“Harambe is a representation of something that lets us look at more than just ourselves. What are we aspiring to as people?” co-founder Robert Giometti told the station. “It's about connecting. A simple gesture of giving a banana builds community. As a society, we need to come together. We can’t keep fighting to come together.” 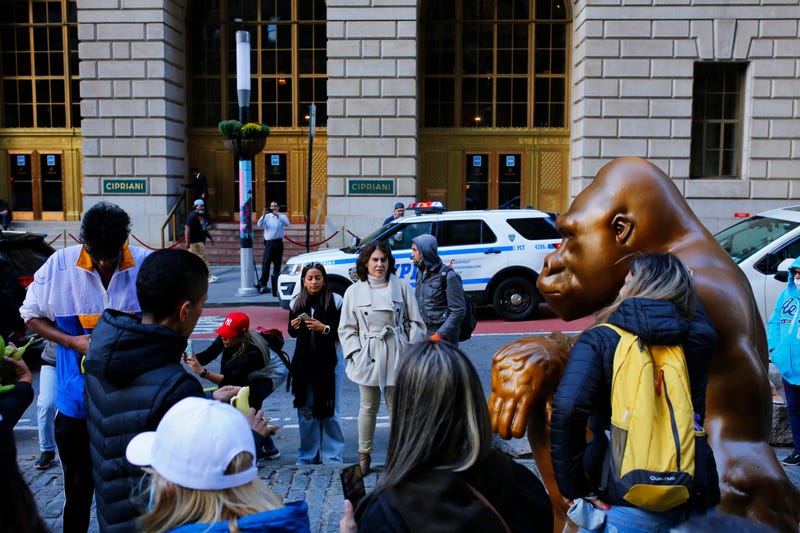 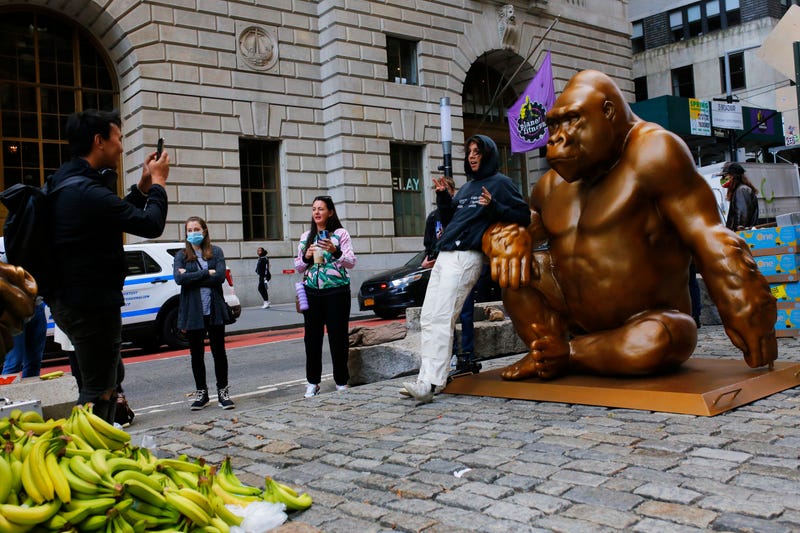