Radiologists have uncovered mysteries of a teenager’s mummified remains from nearly 2,300 years ago by digitally unwrapping them with CT scans.

According to a study published on Tuesday, radiologists from Cairo University in Egypt were able to unwrap mysteries about the remains, which have been dubbed Egypt’s “golden boy,” that have otherwise gone undiscovered for over a century.

In the scans, researchers were able to find signs of wealth in the form of 49 amulets adorned to the remains of the boy. One of the amulets was a golden heart scarab placed where the boy’s heart was. The discoveries are seen as means by which those that mummified him ensured his safe passage to the afterlife.

The study shared that the amulets were made of metal, expected to be gold, faience, stones, or fired clay.

The amulets are used to protect and provide vitality for the body in the afterlife, and Egyptian embalmers often put them in place of parts that had been removed, like the boy’s heart.

Another amulet found through the scans was a golden tongue placed inside the boy’s mouth to ensure he could speak in the afterlife, the study shared.

A recent digital scan of a c. 2,300 year old mummy has revealed it was buried with 49 precious amulets.

Dubbed the "Golden Boy", this teenager was around 14/15 when he died and may not have been an Egyptian (given the lack of circumcision).

It has been 106 years since the remains were discovered at a cemetery in Nag el-Hassay in southern Egypt. According to the researchers, the cemetery was used from around 332 and 30 B.C.

However, after the remains were found, they were stored in the basement of the Egyptian Museum in Cairo, unexamined until the new study.

Sahar Saleem is a co-author of the study and a professor of radiology at the faculty of medicine at Cairo University. Saleem shared with NBC News that the body had experienced a “very expensive and meticulous modification process.”

Saleem and her team have been working to digitally unwrap mummified remains for years. Some of the remains they examined were even Pharaonic royals, she shared.

When it comes to the status of the “golden boy,” Saleem shared that their discovery leads them to believe he came from a wealthy family.

“I would say that he came from some very-rich family or maybe a noble family,” she added.

However, the amulets also provide a deep look into the importance of scarabs in the afterlife, which is central to the complex ancient Egyptian belief system.

In the study, Saleem mentions this, saying, “the heart scarab is mentioned in chapter 30 of the Book of the Dead: It was important in the afterlife during judging the deceased and weighing the heart against the feather of the goddess Maat.”

The study was also able to conclude the boy’s age by using the degree of bone fusion, putting him at around 15 years old when he died. Scientists also shared that he was 4 foot 2 and uncircumcised. One thing that they were not able to determine was how the boy died, the study shared.

At the time of his death, the boy’s remains were placed in two coffins, and he had a gilded mask and pair of sandals placed on him.

“The sandals were probably meant to enable the boy to walk out of the coffin,” Saleem wrote in the study. “According to the ancient Egyptians’ ritual Book of The Dead, the deceased had to wear white sandals to be pious and clean before reciting its verses.”

A new term for mummy

The study comes as some in the museum field look for an alternate word for “mummy.”

Museums in the United Kingdom have brought attention to the use of the word in pop culture and how it could be “dehumanizing” to refer to human remains as such.

“Where we know the name of an individual we use that, otherwise we use the term ‘mummified man, woman, boy, girl or person’ on our labels, because we are referring to people, not objects,” a spokesperson for National Museums of Scotland said in an email to NBC News.

“We have human remains from around the world, and we may vary the terminology we use depending on ... how they’ve been preserved. We have natural mummies from predynastic Egypt, so we’ll refer to them as natural mummies because they haven’t been artificially mummified,” Antoine said.

Anderson argues that pop culture’s use of the word can “undermine their humanity.”

The National Museums of Scotland spokesperson said in their email that while the “word ‘mummy’ is not incorrect…it is dehumanizing, whereas using the term ‘mummified person’ encourages our visitors to think of the individual.” 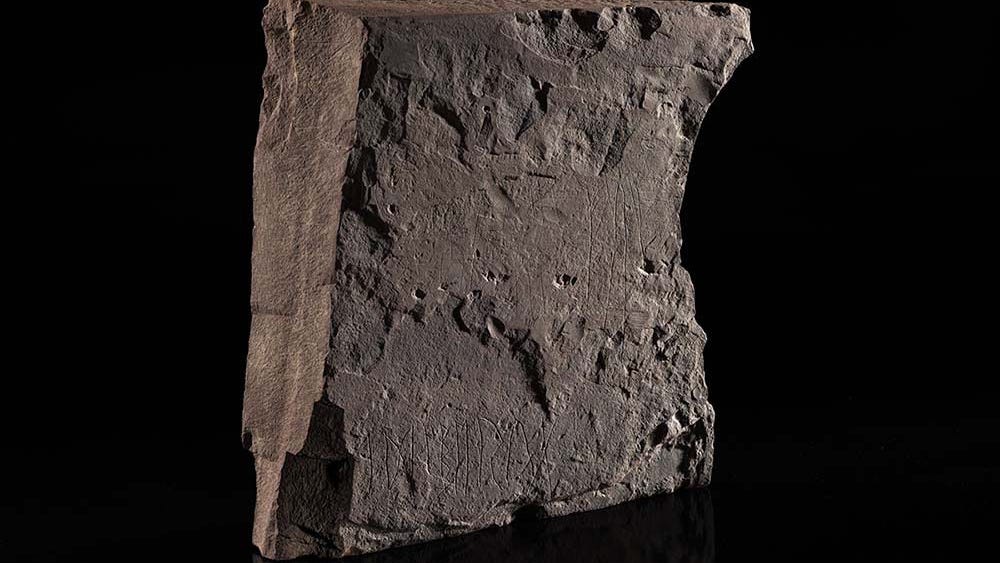