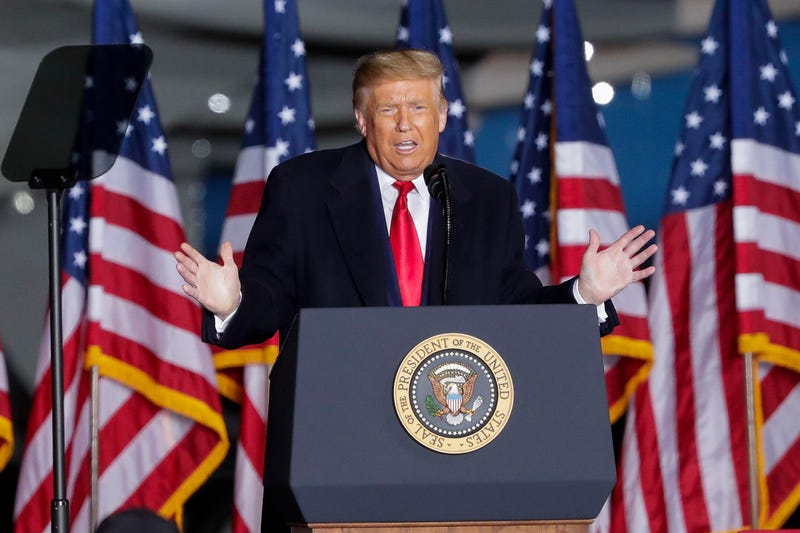 A sitting president refusing to commit to a peaceful transfer of power should he lose the election, which is about 5 weeks away, is bone-chilling - but equally as frightening is the fact that many Americans - yes, Americans - will support President Trump’s premeditated ploy to remain in the White House even if he is defeated by Joe Biden.

Regardless of your political party affiliation, we can all agree that, as a nation, we have reached an unprecedented level of turmoil in American society from the coronavirus pandemic to arguably the most heated tension over race relations since the Civil Rights movement in the 1960s. We are all on sensory overload; and there appears to be no chance of change in the foreseeable future, which is contributing to the intensity of the stress today.

During a White House press conference yesterday, President Trump was definite about his refusal to commit to a peaceful transfer of power should he lose the upcoming election. President Trump left no doubt that the seeds of doubt he has been planting over mail-in ballots is part of a bigger conspiracy to resist leaving the White House. Trump’s baseless attack on mail-in ballots is part of a concerted effort to undermine the legitimacy of the election results.

The mantra from President Trump that the only way he will lose the election is if it is rigged by the Democrats is a direct threat to the Constitution, and the degree of acceptance of that conspiracy theory demonstrates that many Americans will be complicit in Trump clinging to the presidency even if he loses.

What is ironic - and hypocritical - is that many right-wing conservatives are blind to the much bigger threat of President Trump’s tacit endorsement of authoritarian leanings and his not so covert desire to redefine the presidency.

President Trump’s attitude toward the peaceful transfer of power is not a new revelation. Obvious clues have been dropped over the years of his presidency. The failure to call out Russian President Putin - even the despicable action of Putin putting a bounty on the heads of American soldiers in Afghanistan - has been a hint of President Trump’s admiration of dictators.

President Trump has personally, and continuously, promoted an attack on the media, even to the point of seemingly applauding physical violence against reporters. That not only undermines the vital role the media plays in our free society, but also represents another step toward a more authoritative form of government.

Do not underestimate the possibility that Russia and others may be involved in creating the great American divide and the growing belief that the election will not be a fair contest.

President Trump ordered a task force to investigate voter fraud when his ego refused to accept the reality that he lost the popular vote. The task force was disbanded after an investigation that revealed no significant fraud

WE - THE PEOPLE - need to stop pointing fingers and accept the role citizens have played in America’s political standoff. Those on the left and those on the right who continue to believe that their political opinions are more important than the Constitution and the spirit upon which this nation was built are the problem, and there is little hope that a solution is near.

But do not underestimate how President Trump’s refusal to agree to a peaceful transfer is an direct attack against the Constitution on American soil.