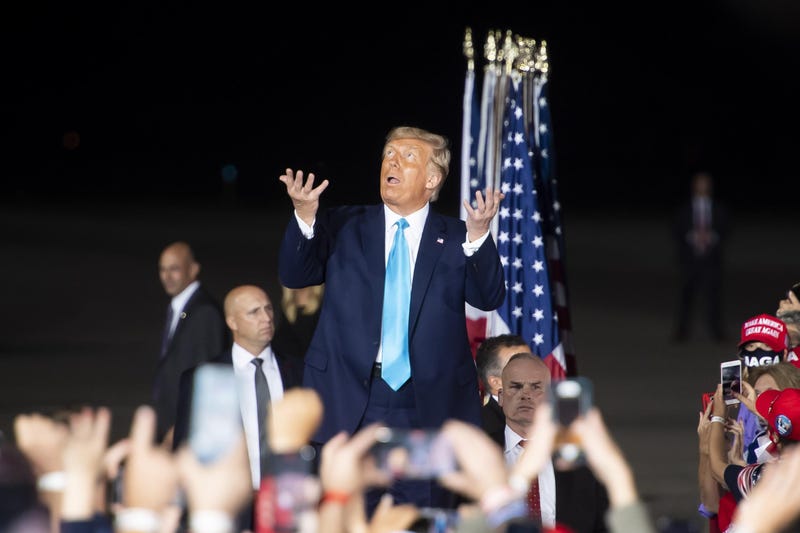 It doesn't look good! That describes both the news that Donald Trump took a deduction of $70,000 in hairstyle expenses...and the hair itself!

Yesterday, The New York Times published a report on President Trump’s tax returns. During the campaign - and as president - Trump has continued to hide his tax information with made-up excuses - but he would as soon as he could.

According to the NYT’s report - which was released with just over a month to go before the presidential election on November 3 - President Trump only paid only $750 in federal taxes in 2016 and 2017, while claiming to be a billionaire. During the time period, Trump businesses lost massive amounts of money. Essentially Trump lost a lot more in business than he made.

At a press conference yesterday, President Trump responded with his default phrase, “It’s totally fake news. Make up, fake.” Trump went on to play the victim card saying, “The IRS does not treat me well, they treat me like the Tea Party. You have people in the IRS that treat me badly.”

After the news about Trump’s taxes broke - social media lit up with comments, like:

“I’m an electrician. I can’t deduct tools or fuel. Trump can deduct $70,000 for the world’s worst haircut.”

“Teachers have a maximum tax credit of $250 for buying classroom supplies. Suppliers they’re forced to buy because schools are underfunded. Donald Trump wrote $70,000 in haircuts. The tax code is rigged to help the wealthy pay as little as possible while we pick up the tab.” (That is true - but that is not breaking news!)

“Please enlighten me as to which tax code would ever legally allow a $70,000 deduction for haircuts and styling...unless DJT asked for a hairstyle that resembles roadkill, that stylist might very well be a bigger crook than him.”

Since I am not a tax expert, I cannot comment on whether Trump taking a $70,000 deduction for haircuts is a legal deduction, but I do know that it doesn’t look good...the deduction and the hair!