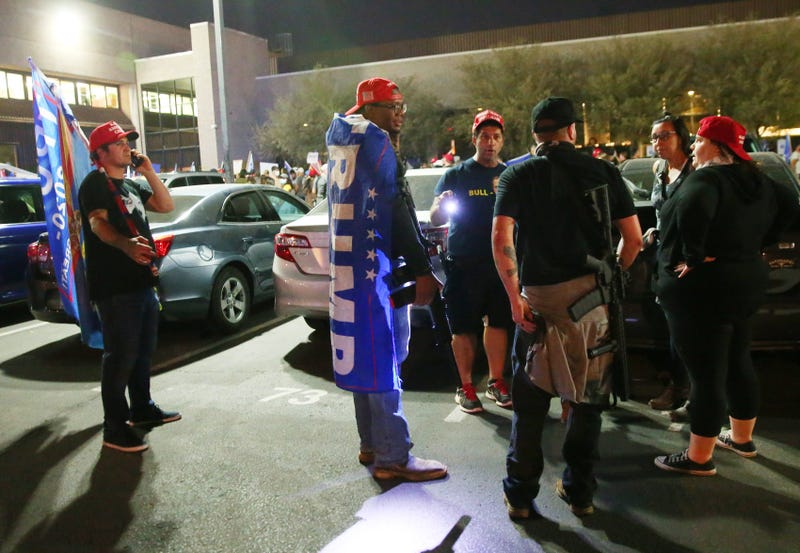 Evidence that the truth is no longer respected is revealed nearly every day, and there are a couple of glaring examples to report today.

Eric Trump, President Donald Trump’s son, shared a video on Twitter Wednesday that appears to show a man burning 80 ballots cast for the President.
The video was originally posted on an account for Q-Anon, the discredited conspiracy theory group.

In the video, a man is seen pouring a flammable liquid into a bag that appears to contain 80 ballots voting for President Trump. The bag of ballots is lit on fire. The ballots are from Virginia Beach, VA, but the they are sample ballots and not actual ballots.

This video was declared fake by officials Tuesday, but Eric Trump and a right-wing group, The Gateway Pundit posted them anyway Wednesday. The video attracted over a million views before it was removed by Twitter.

This explains the Trump-inspired mentality that the truth is not as important as anything that paints President Trump and his followers and innocent victims.

The constant flow of misinformation about the legitimacy of the 2020 election from President Trump assumes that Trump supporters do not hold a high regard for the truth and the only real truth is anything that supports Trump.

President Trump and systematically used false information or fantasy concoctions of information to purposely mislead his supporters. And that tactic continues after the election.

Every legitimate vote should count, but the implication votes counted under the established rules for counting votes should not count is another way of saying that “not every vote counts.”

An important characteristic of being an American - in life and not just in name only - is to participate in and accept the results of a legitimate election. There is no evidence that the election was not legitimate, and yet, President Trump and his supporters are crying foul.

The misinformation mentality of President Trump and many of his supporters has been designed to shroud the truth in pro-Trump rhetoric.

In a paper titled: “How Modern Dictators Survive: An Informational Theory of the New Authoritarianism,” authors Sergie Guriev and Daniel Treisman write:

“Dictators survive not because of their use of force or ideology but because they convince the public - rightly or wrongly - that they are competent.”

This does not mean President Trump is a dictator - but the American people should be cognizant of the traits of a dictator to prevent us from ever falling under a dictator’s rule.