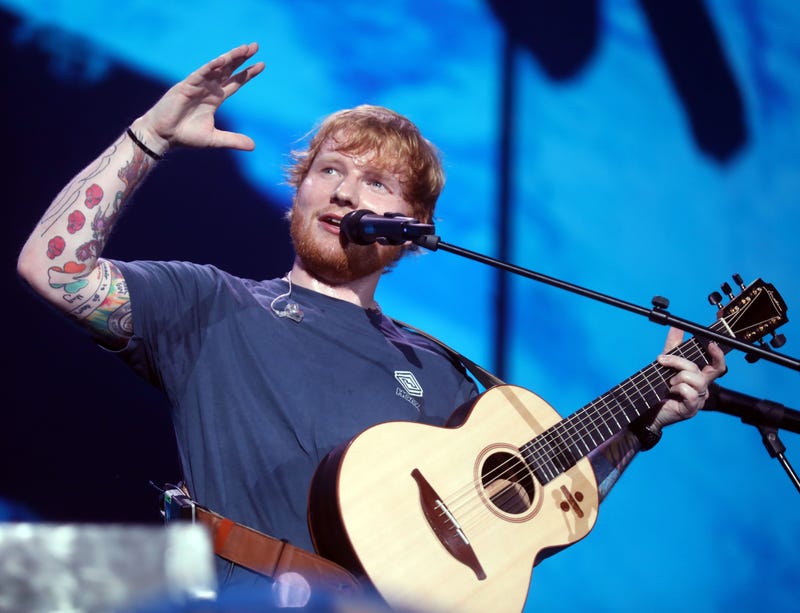 Two years ago, a court ruled that the mega hit “Blurred Lines” by Pharrell Williams and Robin Thicke was so similar to the 1977 hit, “Got To Give It Up” by the Marvin Gaye and Williams and Thicke were ordered to pay the family of the late Marvin Gayea close to $5 millions to settle a copyright infringement lawsuit.

In 1976, U.S. District Judge ruled that George Harrison copied the 1963 hit, “He’s So Fine” by the Chiffons when he wrote his 1970 hit “My Sweet Lord.” Harrison said that he was inspired by the song “Oh Happy Day” by the Edwin Hawkins Singers and insisted that he did not plagiarize the Chiffons’ hit. It’s unknown why the writer of “Oh Happy Day” didn’t sue.

The infringement lawsuit against Geroge Harrison was filed by Ronnie Mack, the songwriter of “He’s So Fine.”

Those were two of the high profile copyright infringement lawsuits that attracted massive media attention, and now there is a new lawsuit that is certain to create some controversy.

A new copyright infringement lawsuit will be in court in early November over the claim that Ed Sheeran’s hit, “Thinking Out Loud” features “melody, harmony and rhythmic components” from Marvin Gaye’s 1973 hit, “Let’s Get It On.”

The lawsuit against Ed Sheeran was filed by Ed Townsend, the co-writer of “Let’s Get It On,” and the attorney representing Townsend has interjected a current, polarizing twist.

Keisha Rice, the attorney for Ed’s daughter Kathryn Townsend, compared what is happening on the streets of America with copyright infringement, saying, “These offenses aren’t just taking place in the stress against Black individuals in this country. They’re taking place in the boardrooms.”

Kathryn Townsend said, “Theft and bullying has been the only priority of the record labels’ agenda. It stops today, Sony, Atlantic and all the rest of them.
We’re coming for our 40 acres and a mule pulse interest. And know that we’re not going to be silent. It don’t stop till my casket drop.”

Ed Sheeran did react to the lawsuit by saying that the chord progressions and the percussion patterns on “Let’s Get It On” are common and part of public domain, which means they would be immune from copyright laws.

There is no doubt that “My Sweet Lord” by George Harrison does sound very similar to “He’s So Fine” by the Chiffons. The judge in the case recognized that Harrison may have “subconsciously” copied the melody of the song, but that did not exonerate him from culpability so Harrison was ordered to pay.

I played the two songs side-by-side on my radio talk show and the similarity was striking. I also played “Blurred Lines” and “Got to Give It Up” consecutively on the show and the familiarity between those two songs was also unmistakeable. But did Williams and Thicke purposely steal the melody, or was it subconscious? Apparently, motive does not matter; and if a new song appears to follow the melody of a previously written song then the songwriters and producers of the new song are held accountable.

When you consider all of the songs that have been written since the inception of music, it seems likely that some musical scores would mimic other scores because of sheer coincidence.

It seems unfair to hold artists accountable for coincidences or accidents; but if an artist does have a major hit like, “My Sweet Lord,” “Blurred Lines” or now “Thinking Out Loud,” at least they will be able to afford the legal settlement.