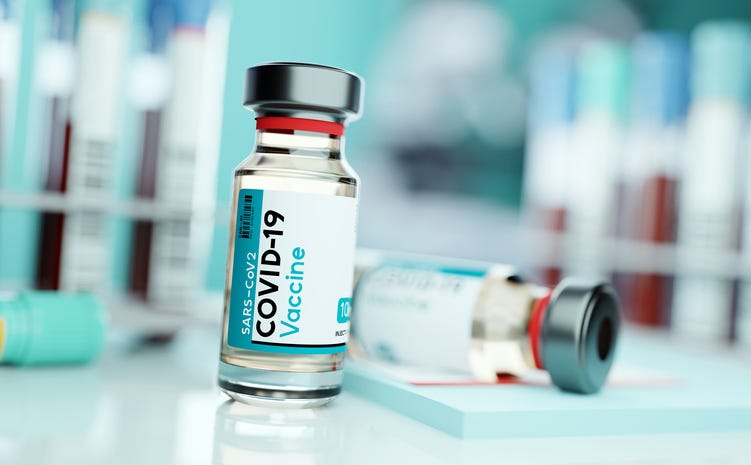 “I can’t say it enough. Enough people have died. We don’t need any more deaths.” That was the stern message from Fox News host Sean Hannity on his show Monday night. A decidedly different attitude about the vaccine than previously heard from the conservative host.

And Hannity’s warning to Fox viewers came at the end of a day that featured several Fox News hosts aggressively promote the importance of getting the vaccine.

Monday morning on “Fox & Friends,” host Steve Doocy, who has been a strong proponent of the vaccine said, “99% of the people who died have not been vaccinated.” Doocy also referenced the Biden administration’s efforts to get everyone vaccinated and warned, “get the shot, it will save your life.”

The pro-vaccine stance from some of the Fox News hosts Monday contrasted the general mixed messages and the spreading of misinformation about the vaccine. It was reported that the Biden administration reached out to Fox News and explained how serious things could get with the dominance of the Delta variant.

It was revealed yesterday that Congressman Steve Scalise (R-LA) got the shot in the wake of his continued refusal to do so. Scalise said that, since he had COVID-19, he thought his natural immunity would keep him safe, even though medical experts warned that even those who had the virus should also get the vaccine.

The sudden turnaround from Congressman Scalise and some of the prominent hosts on The Fox News Channel seems to be signs of a new sense of urgency for conservatives to get the shot.

Why the change in attitudes?

In a Washington Post-ABC News poll this month, 86% of Democrats have received at least one shot compared to only 45% of Republicans. Combine those stats with the fact that over 99% of those who are dying have not been vaccinated. That leads to the logical conclusion that many more Republicans will die than Democrats from COVID-19.

Perhaps conservative voices are trying to keep from losing voters – to death.
Even though the Fox News hosts and Congressman Scalise are late to the party – at least they have joined in and a promoting the more sensible course of action in protecting American lives.

The people who now get vaccinated after TV hosts and politicians promote getting the shot only prove that, for many, the refusal to get the vaccine was political. And the truth is that those who get the shot now trust more their favorite TV hosts than real doctors.