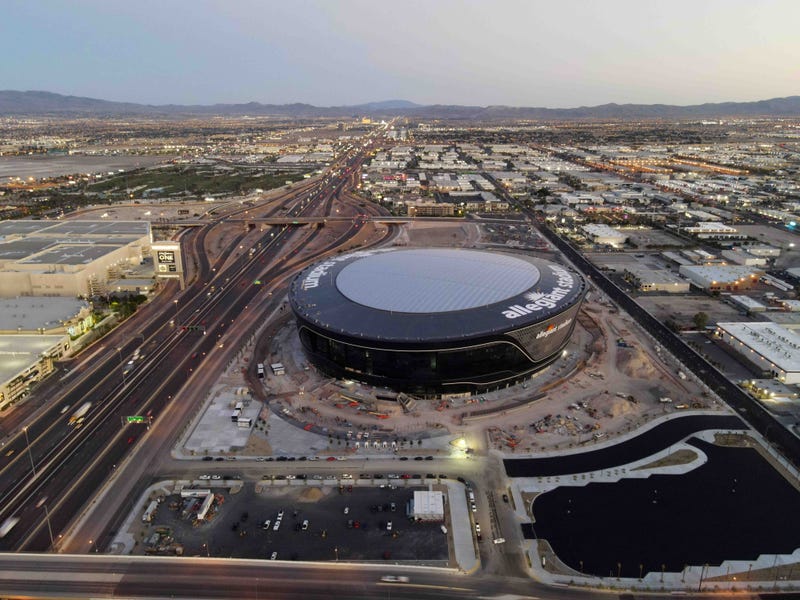 It may be a cloudy, rainy Monday, but it’s game day for the Saints! Tonight’s Monday Night Football game between the Saints and the Las Vegas Raiders ushers in the dawn of the NFL in Vegas. The Raiders recently moved from Oakland to the more lucrative market of Las Vegas, and the Saints and the Raiders will christen the brand new Allegiant Stadium.

The common description of this Monday, September 21, 2020, might be “dreary.” New Orleans and much of the Gulf Coast region to the west are feeling the effects of Tropical Storm Beta. But even a dreary Monday is brightened by the anticipation of the Saints - Raiders game tonight in Las Vegas.

The return of football has been a welcomed sign that there is life after the pandemic. Last weekend and again this weekend, I was excited to watch games that I really had no interest in simply because watching them signaled the return of some normalcy.

Saturday afternoon I sat on my sofa watching UCF beat Georgia Tech 49 - 21 as if I were an alumni from one of the schools - or I had a $1,000 bet on the game. I was interested because it was college football!

Even with no fans in the stands for many of the games, including the Saints game against the Bucs last week and the game tonight against the Raiders in Las Vegas, I am loving the return of the NFL.

If someone had told you last year that Tom Brady would be wearing a Tampa Bay Bucs uniform, Cam Newton would be the starting QB for the New England Patriots, the Saints would play their season opener with no fans in the Mercedes-Benz Superdome and by September 20th LSU had not won a game yet - you would have thought those predictions were insane. Well, here we are ,and all of those things are reality. The best explanation anyone can give is that it’s the year 2020!

The coronavirus pandemic has disrupted the normal flow of society and throughout the Gulf region. Many are dealing with massive destruction from hurricanes, and many more have been seriously stressed by storms threatening their homes and lives. The collective stress so many are dealing with has turned any sense of normalcy, as imperfect as it might be, into a legitimate reason to celebrate.

All of the criticism of the NFL’s plan to promote social equality seemed overblown compared to the role new imaging has played during actual games. The words “End Racism” and “It Takes All Of Us” did not replace the names of the teams in the end zones, but appear as a much smaller addition outside of the end zone. The various words and phrases printed on the narrow white cushion on some of the players’ helmets is less than intrusive. In fact, it takes an effort to even notice those areas of the helmets.

The predictions that NFL games would be marred by a politically-inspired campaign seems to have been exaggerated, and the idea that the campaign would disrupt the games has proven to be ridiculous.

With all of the stress brought on by the pandemic and the local stress from the continuous threat of tropical weather, let’s use the anticipation of tonight’s game and the game itself as a great escape and some needed assurance that there will be life after the pandemic.

Programming note: WWL Radio’s pregame coverage of tonight’s MNF game between the Saints and the Raiders begins at 3:00 pm this afternoon with “First Take” with former Saints offensive lineman Steve Korte and Steve Geller followed by the Bud Light “Countdown To Kickoff” with former Saints QB Bobby Hebert and Kristian Garic and then it’s gametime with legendary Saints Deuce McAllister and Zack Strief calling the game in the booth.