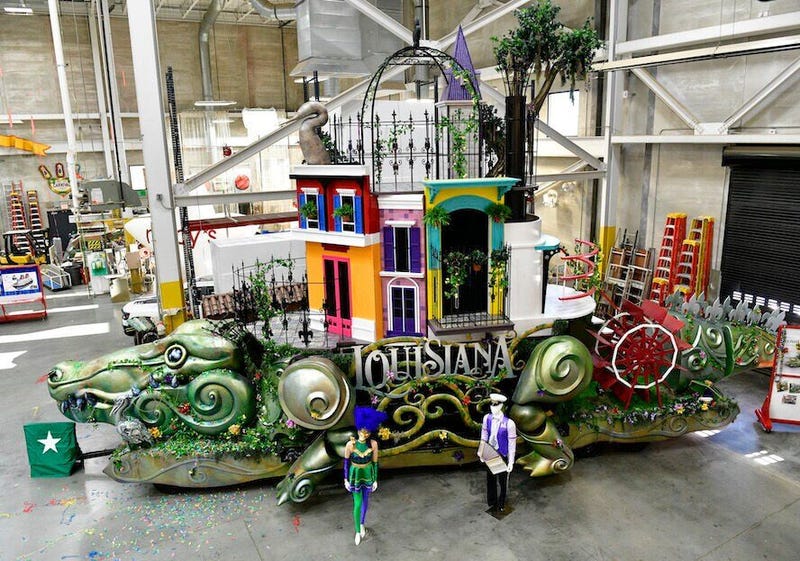 “Wagging his tail, crawling down the street, shooting confetti out of its mouth as he opens his mouth. And we are already getting national and international attention from this float,” said Nungesser.

Not only will it be the longest, but New Orleans native and jazz artist to receive the most Grammy nominations ever at 11, Jon Batiste will be performing on the $1.3 million float.

Nungesser said because Louisiana knows a thing or two about parades, he wanted to make sure Celebration Gator has that wow factor. And while in the Big Apple the float will make several media appearances promoting the Bayou State.

“And we’ll be up there passing out beads doing interviews from stations all over the world to talk about Louisiana all we have to offer but also all we’ve been through,” said Nungesser.

Louisiana has lost millions in tourism revenue due to the pandemic and now with people itching to travel again, Nungesser said Celebration Gator is our new mascot to lure visitors back.

“We were thinking we’ve got to capture the attention of the country, the world while we’re competing against every state for those tourists that are ready to travel again and think outside the box. So we started working with Macy’s,” said Nungesser.

Thursday’s appearance in the parade is the first of a three-year commitment. The parade starts at 9 AM Thanksgiving and can be seen on CBS and NBC.