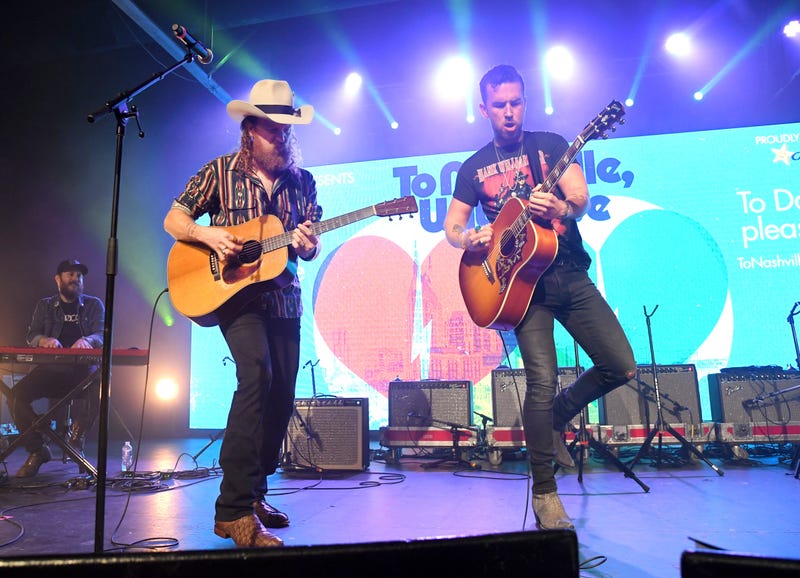 The Nashville music community came together Monday (3/9) night to help raise money for tornado relief. The “To Nashville, With Love” concert took place at the Marathon Music Works and raised $500,000 for those affected by last week’s tornados.

The show featured an incredible lineup, including Sheryl Crow, Brandi Carlile, Jason Isbell, Brothers Osborne and more. They treated the sold-out audience to a four-hour show with several collaborations.

Sheryl and Brandi teamed for a performance of “If It Makes You Happy,” and Sheryl and Jason collaborated on “Everything Is Broken." The Black Keys' Dan Auerbach performed “Stand By My Girl,” alongside Yola and Natalie Hemby. The three were later joined by Aaron Lee Tasjan for “It Ain’t Easier." Finally, Natalie and Yola perfomed “Highwomen” with Brandi and Sheryl.

Among the other performances: Brandi treated the audience to “The Joke” and “The Eye,” Jason performed a trio of songs, “24 Frames,” “Cover Me Up,” and “What Have I Done To Help,” Ashley McBryde performed “Sparrow,” while Old Crow Medicine Show performed “Flicker & Shine,” “Wagon Wheel” and "Minglewood Blues" and Brothers Osborne broke out their hit “It Ain’t My Fault,” as well as “Skeletons in Your Closet.”

The whole night ended with an all-star cover Neil Young’s classic “Rockin’ In The Free World.," led by Jason Isbell.