For Carly Pearce, there’s nothing quite like the power of women supporting women, especially when it comes to Country music.

As she celebrates her duet, “Never Wanted To Be That Girl” featuring Ashley McBryde going #1 this week, she’s also reflecting on the talented women that came before her, and some future female duet partners she has her sights set on.

“It’s been really fun to see the song come to life and make its way all the way to #1,” Carly told Audacy’s Katie Neal of her duet with McBryde ahead of her set at Leading Ladies Live. “We’re waving the flag for anybody that wants to say women are not making a way right now on Country radio.”

High on the success of her current #1, Carly is already dreaming up her next big goal of singing with some of the most iconic female voices of all time.

When asked about her dream collab, Carly responded, “I think it would either be Alison Krauss and Union Station — I really want to sing with Allison and Dan Tyminski — they’re one of my favorites. My other would be Lee Ann Womack, I would die! There’s just something that has never been re-created with her voice.”

It’s not only the icons that have Carly’s attention, she also is proud to support up and coming female artists who are working hard to make their own way and represent females on Country radio.

“I really love Hailey Whitters,” she shared. “She and I kind of came up with Kelsea [Ballerini] in the same little circle, but I just feel like she’s really special and I also love Hannah Ellis — she was my tour mate. She’s such a great writer, such a great singer.”

Carly is currently on tour with Kenny Chesney as part of his Here and Now Amphitheater tour. Carly was added to Chesney’s tour when he announced 20 new shows in early February. The newly announced shows added to his previously released schedule of 21 shows. Find tickets here. 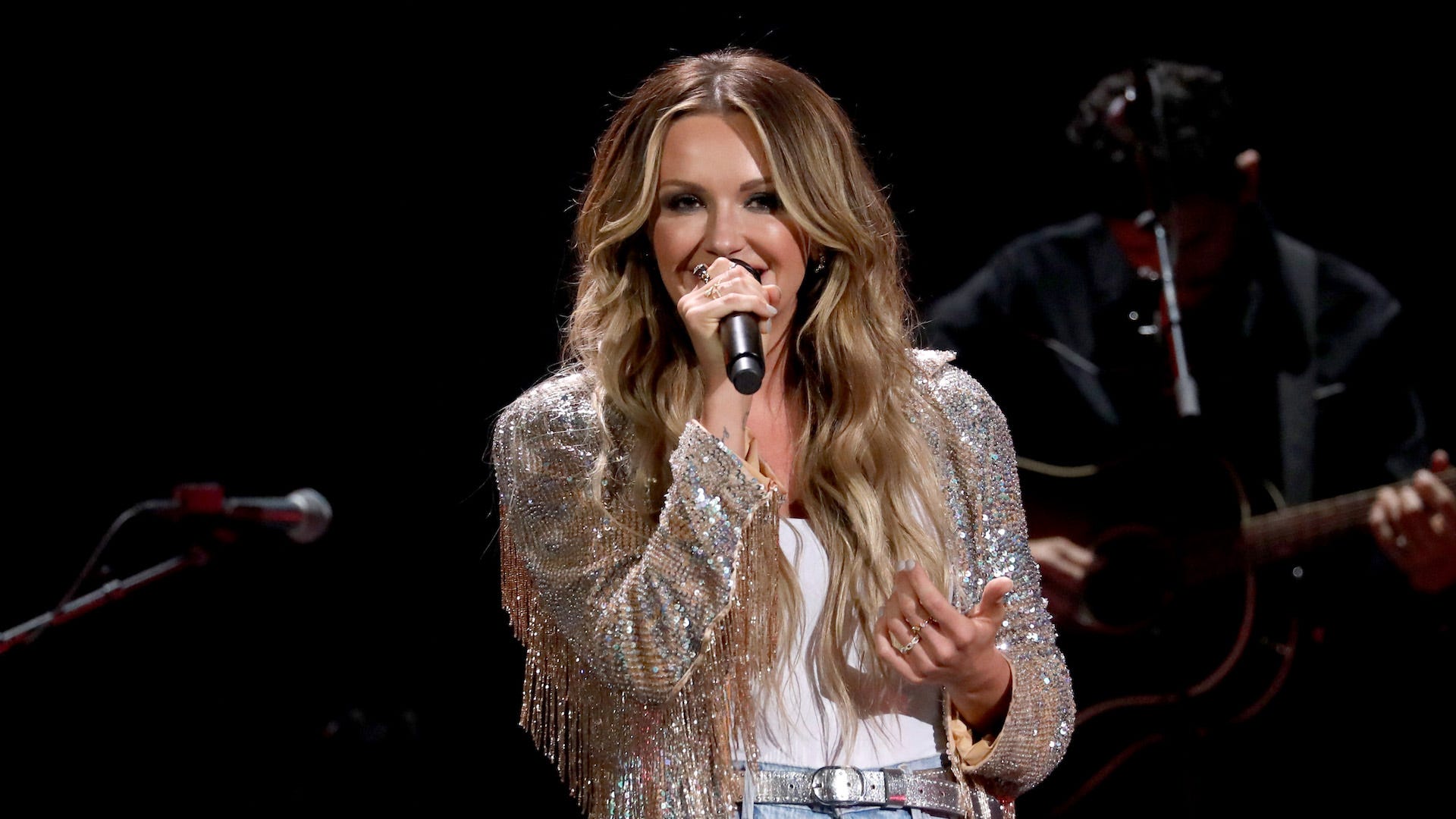 Carly Pearce performed barefoot to earn approval from ‘No Shoes Nation’: ‘I feel like they like me’