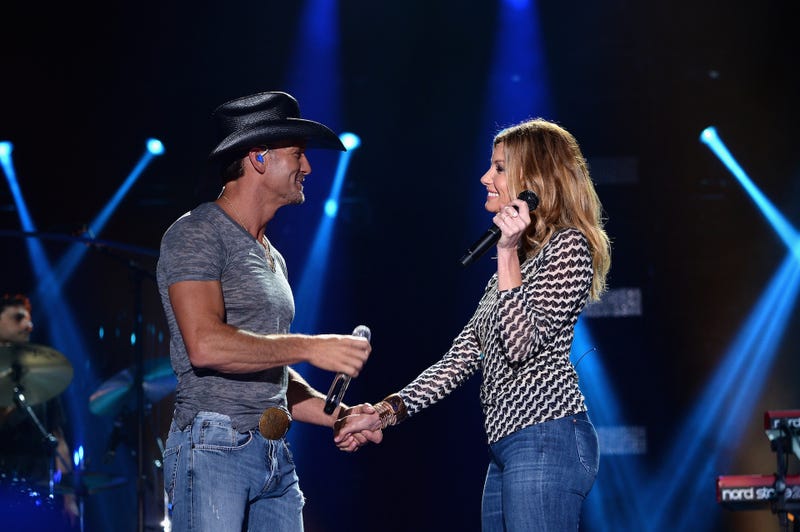 Tim McGraw married a queen and he knows it.

The 54-year-old Country music star took to social media this morning to wish his superstar wife, Faith Hill, a happy birthday with an adorable “then and now” video. Say it with us — D’awww!

The video featured footage of the always-breathtaking Faith from her 1999 music video for “Breathe,” followed by a clip of an interview with McGraw on Good Morning America in 2001 reacting to it.

“What’s it like when you see that video?” asked GMA’s Diane Sawyer in the interview filmed two years after the release. “What do you think?”

“That’s my wife,” Tim said with a giddy school-boy smirk on his face. “I want to call my college buddies and be like, ‘Hey! I’m married to her!’”