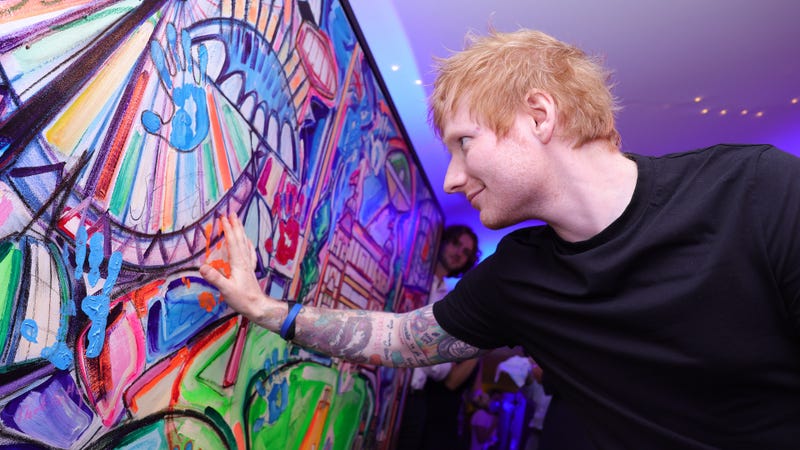 Ed Sheeran is helping the Pokemon franchise and all of its fans get excited for the release of Pokemon Scarlet and Pokemon Violet with a new song.

Sheeran debuted a fresh track titled, "Celestial," that will be featured on the upcoming Scarlet and Violet soundtrack. Along with the release of the song came a special music video that features Sheeran, who is an avid Pokemon fan, getting through the day with a little help from his favorite pocket monsters.

"I've played Pokemon since I was in primary school,” Sheeran said of his love for Pokemon. “I loved the whole world they created; it kept me distracted if there was negative stuff happening in my life/school that I wanted to avoid. It was a world I could escape into and I've played it ever since."

He continued, “Even though I'm 31 now, I still own the same Game Boy Color and play Pokemon Yellow or Silver on planes and trains when I'm on tour. It’s such an honor to add a song into a Pokemon game and shoot a nostalgic video too."

Pokemon Scarlet and Pokemon Violet are due out for Switch on November 18.