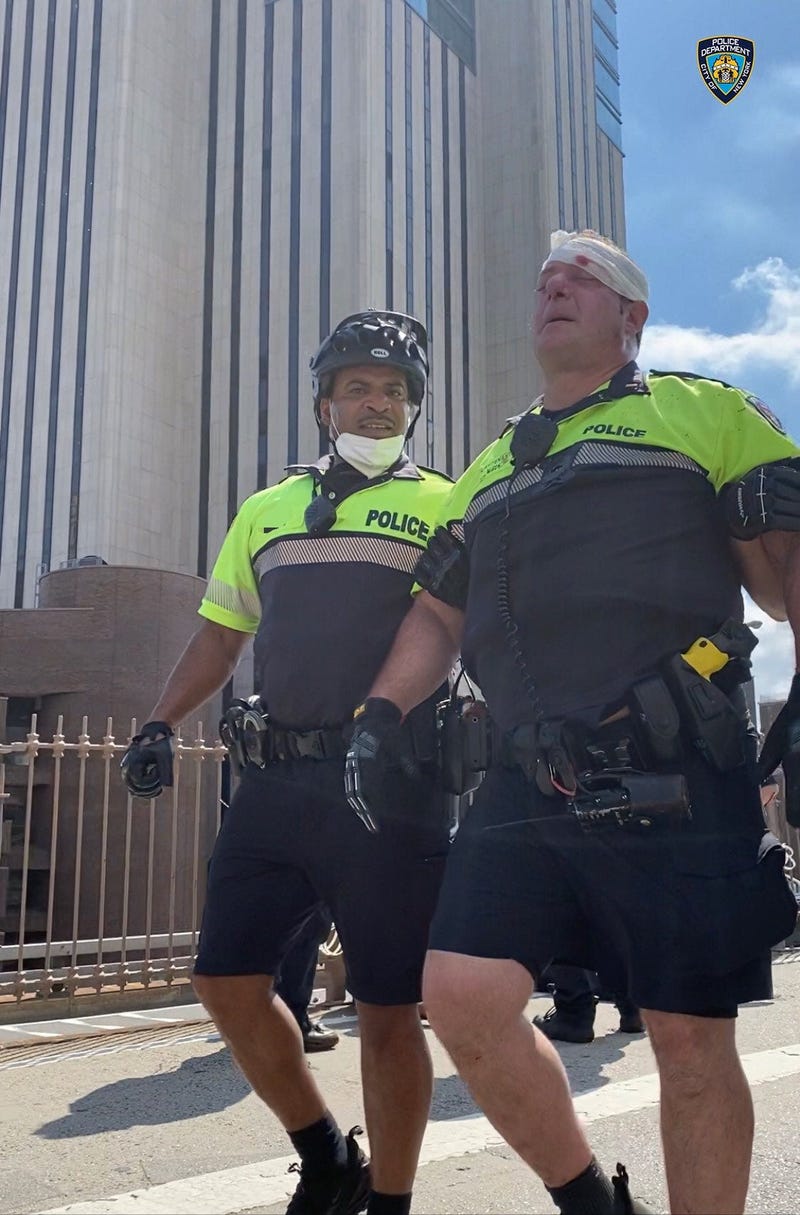 NEW YORK (1010 WINS) -- Hundreds of NYPD officers have been injured during this year’s protests, according to the department.

In all, 472 officers have suffered some form of injury during protests since May, NYPD spokesperson Sgt. Jessica McRorie told the Associated Press.

“Since May 28th, 2020, our officers have been shot at, stabbed, assaulted with rocks, bricks and other debris, have been struck by vehicles and have even had Molotov cocktails (thrown) at them and inside their vehicles,” McRorie said.

Among those injured in the protests, 319 officers required hospital treatment, according to the New York Post, which cited NYPD data.

Seven officers were admitted to hospitals for their injuries. Among them was Lt. Richard Mack, who was attacked during clashes on the Brooklyn Bridge in July.

Protests and unrest erupted across the city and nation in late May following the death of George Floyd at the hands of Minneapolis police. The protests against racism and policing continued over the summer.