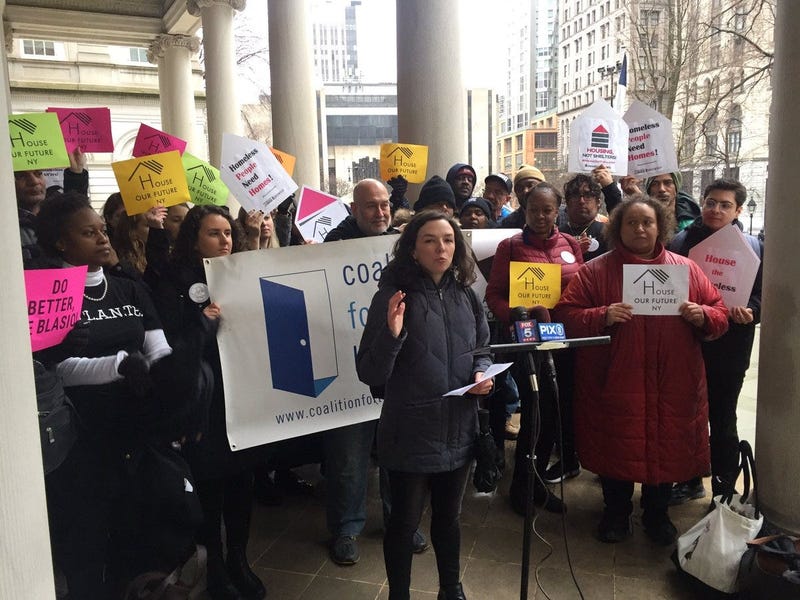 "House the homeless" was continuously yelled by activists during the hearing.

Advocates believe that the mayor’s Housing New York 2.0 affordable housing plan will not help the homeless crisis occurring in New York and call out de Blasio, asking for 30,000 more units to be set aside by 2026.

A campaign from House Our Future NY has gained support from 33 Council Members, four Borough Presidents, and the Comptroller.

“Mayor de Blasio’s callous disregard for the homeless is truly staggering. His Housing New York 2.0 housing plan fails the tens of thousands of New Yorkers without homes,” said Giselle Routhier, Policy Director at Coalition for the Homeless. “There are a record 63,000 homeless people sleeping in New York City shelters every night, with thousands more living outside in brutal conditions. We are grateful to the Councilmembers who are responding to the needs of this vulnerable community and helping shed a light on the Mayor’s inaction on this crisis.”

The mayor's current plan would only set aside 5 percent of his 300,000-unit housing for homeless New Yorkers.

This would create double the amount of units for households with that pay rent over $2,5000 than it would for homeless families.