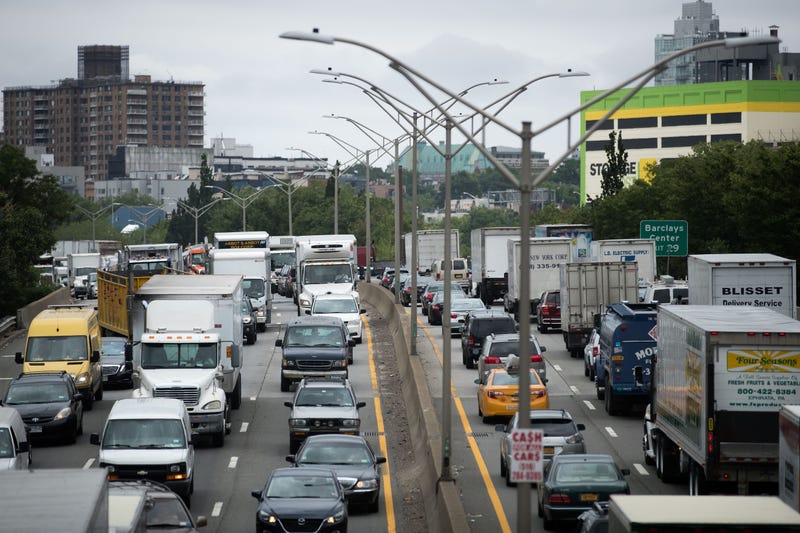 NEW YORK (1010 WINS) – A panel appointed by Mayor Bill de Blasio has suggested eliminating one-third of the lanes on the Brooklyn-Queens Expressway in an effort to reduce traffic.

The expressway is currently six lanes—three on each side—but the plan would drop the number to four lanes—two on each side.

The idea of reducing the number of lanes to improve traffic runs counter to decades of traffic management, which has long sought to expand highways as demand rose. The idea behind the plan to shrink the BQE is that less lanes mean fewer cars using the roadway.

Supporters say the plan is possible because of anti-driving initiatives—for example, the congestion pricing tax—that they believe will help reduce the number of cars on roadways.

“It’s just not in the DNA of most highway agencies to build smaller,” Samuel I. Schwartz, a transportation consultant who advised the panel, told the New York Times. “We’ve gone through a 70-year period of adding and widening but this is a failing strategy. It’s like solving the obesity problem by loosening your belt.”

The panel focused its recommendations on a 1.5-mile stretch of the BQE near the Brooklyn Heights Promenade. It could cost more than $1.7 billion to implement, but the panel says it's necessary because 150,000 vehicles using the span each day has led to serious structural problems.

The panel's report found overweight trucks have severely damaged the cantilevered area of the BQE in Brooklyn Heights and that the stretch could become unsafe for traffic if it is not reconstructed in just five years.

On Friday, de Blasio signed an executive order to have the NYPD enforce a ban on overweight trucks on the BQE starting Monday.

“The BQE is one of the main arteries of our City, which is why we are immediately increasing enforcement against overweight trucks and addressing the highway’s most pressing structural issues,” de Blasio said. “I applaud the expert panel for putting forward several solutions preserve the BQE, and we will continue to explore the next steps necessary to keep New Yorkers safe and moving.”

There will also be very substantial, immediate repairs on the roadway starting this spring. De Blasio said there is a "clear and present danger" to the BQE in Brooklyn Heights.

BREAKING: @NYCMayor signs an executive order to increase enforcement against overweight trucks on the BQE. pic.twitter.com/c9wAJWFI6T

The city Department of Transportation would still have to approve the panel's plan for less lanes.

A spokeswoman for de Blasio told the New York Times that the plan is being reviewed.

“This is a thorny problem that defies easy solutions,” spokeswoman Olivia Lapeyrolerie said. “The external panel has put fresh ideas on the table.”

De Blasio has expressed concern that the plan wouldn't reduce traffic and wouldn't encourage people to use mass transit.