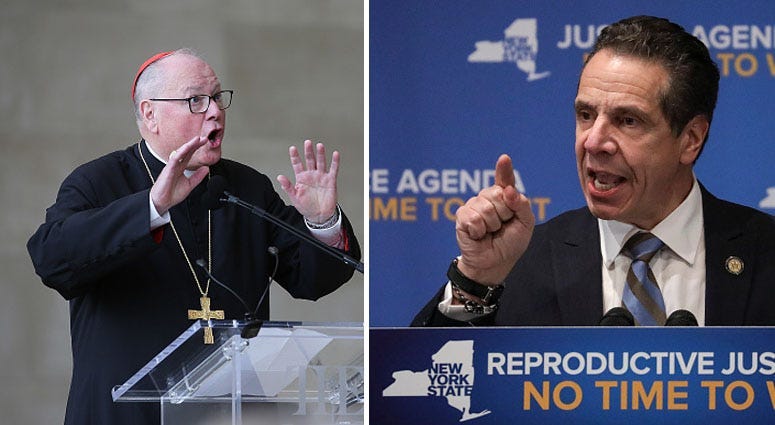 NEW YORK (1010 WINS) -- There's been more back and forth between Cardinal Dolan and Gov. Cuomo over abortion.

Cuomo, in an op-ed piece in the New York Times, defended the state's new 'Reproductive Health Act' and said, "my religion cannot demand favoritism as I execute my public duties."

Today Gov Cuomo linked me with the “religious right” for being pro-life. This is something new from him. He didn’t call me “religious right” when seeking my help with the minimum wage increase or prison reform. Read my full blog here: https://t.co/fQ2Fxff3TF

Dolan criticized Cuomo for linking him to the religious right.

"This is something new from him. He didn't call me religious right when seeking my help with the minimum wage increase or prison reform," Dolan said.

Dolan says protecting the rights of 'the helpless, innocent, baby in the womb' isn't about 'right versus left, but right versus wrong.'