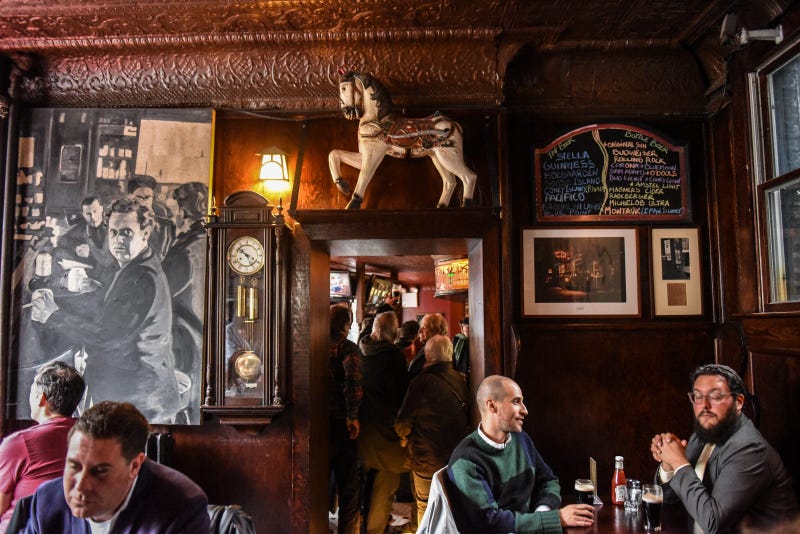 NEW YORK (1010 WINS) – The 139-year-old White Horse Tavern, known for its popularity among bohemian artists in the 1950s and 60s, has temporarily closed for renovations.

Curbed New York reports that the historic bar shuttered earlier this week as lawmakers and activists called for its interior to become a city landmark.

The property was recently purchased by notorious landlord Steve Croman, who has served time for tax fraud.

His purchase of the property in March worried preservationists and elected officials, who want the city to make the bar’s famous interior a landmark. The exterior is already protected by the Greenwich Village Historic District.

The White Horse Tavern is one of NYs most historic businesses. But notorious landlord Steve Croman now owns the building, & he could destroy it.

The tavern also has a new operator, Eytan Sugarman, who said at a community board meeting that the bar’s historic “spirit” would remain, according to Patch.

A note from management on the door of the tavern reportedly says the bar will remain closed for a “few weeks as it gets “some much needed repairs and upgrades.”

The note reads in part: “It’s a wonderful old building that just needs a little love. Have no fear, we have no intention of changing any of the historical elements that make White Horse Tavern the landmark that it is.”