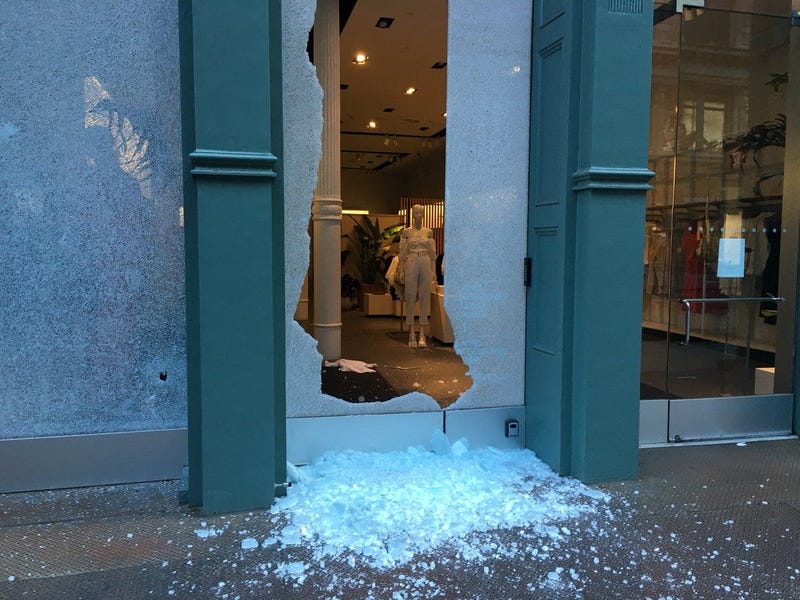 NEW YORK (1010 WINS) – About 400 people were arrested Sunday, the fourth day protesters took to the streets and bridges of New York City expressing their rage over the death of George Floyd in Mineapolis police custody.

NYPD's Chief Department Terence Monahan told 1010 WINS on Monday that there are no plans to call in National Guard or state police. "We can handle it, we know the real residents of NYC, the real community members, we have to get the outside agitators out of NYC."

In New York City, rioters find a ROLEX store! You can guess what happens next! pic.twitter.com/NwcInk4FNe

Some of the area on Broadway in Soho looted. @1010WINS pic.twitter.com/H5UTmDVoQI

I shot this video at 10:27 PM, second time tonight that this Game Stop had been looted on 14th St. and Union Square. pic.twitter.com/Fzqn11vuel

Rioters also set fires including a dumpster and an unoccupied NYPD police vehicle on Broadway in Soho.

Police @NYPDnews car set on fire in Soho on Broadway @1010WINS Extensive damage for stores all along the street #GeorgeFloyd pic.twitter.com/PqUQp6IXeZ

The largest protests were at the Barclays Center, Williamsburg and Prospect Park in Brooklyn, as well as in the East Village, Times Square, Bryant Park and Union Square in Manhattan. There were various other gatherings across the city, including in Jamaica, Queens.

Protestors in a standoff with police near Union Square. They’re kneeling and telling officers “take a knee” pic.twitter.com/NzDgBhM0UC

Protesters blocked traffic in some areas, but the violence didn't begin until later in the evening.

Hundreds of protesters took to Times Square, many of them kneeling on the street as police watched on, while in Brooklyn hundreds more walked through the streets of Williamsburg.

But the mayor's assessment didn't sit well with NYC City Council Speaker Corey Johnson, who tweeted, "What?! You aren’t seeing the same thing as everyone else tonight!"

Reporting live from Times Square where hundreds of peaceful demonstrators are gathered to protest the death of George Floyd.

There is a massive march going down Bedford Avenue in Williamsburg Brooklyn right now pic.twitter.com/CcZwiQhStT

#BLACK_LIVES_MATTER protest in Manhattan on Sunday. Everyone is masked on when protesting in the age of Covid-19. #newyorkprotest pic.twitter.com/5BNtyHCKM8

Photos and video show protesters marching through the streets amid a heavy police presence and boarded up businesses. 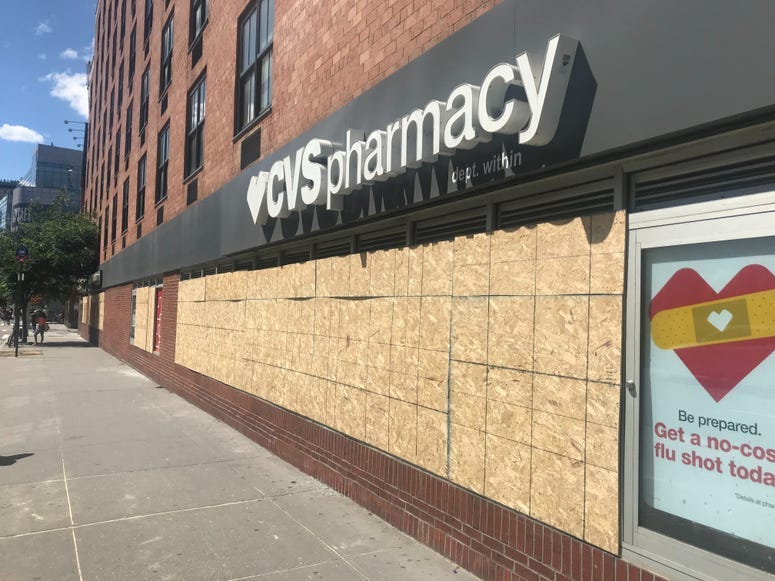 Maybe 1,000 people at Barclays hearing from dozen speakers spontaneously encouraging open discourse about racism & change re: a system that allows murder by police officers. #protest
My favorite sign: “Accept the things you cannot change? No, change the things you cannot accept” pic.twitter.com/31A6x0I4SD

Peaceful rally @barclayscenter, some sharing their own stories of police brutality, reminding crowd that some fear for their lives every day and to not lose the energy and momentum they have now to make change. #1010WINS #GeorgeFloydProtests #GeorgeFloyd #BlackLivesMatter pic.twitter.com/hZ1Se7DnNx

Gov. Andrew Cuomo said the National Guard is on standby and that hundreds of additional troopers are being made available in Buffalo and Rochester.

“We expect additional protests tonight and we’re preparing for such,” Cuomo said at his daily briefing.

The governor also said state Attorney General Letitia James’s investigation into actions by NYPD officers and protesters will include any protests held throughout the weekend. 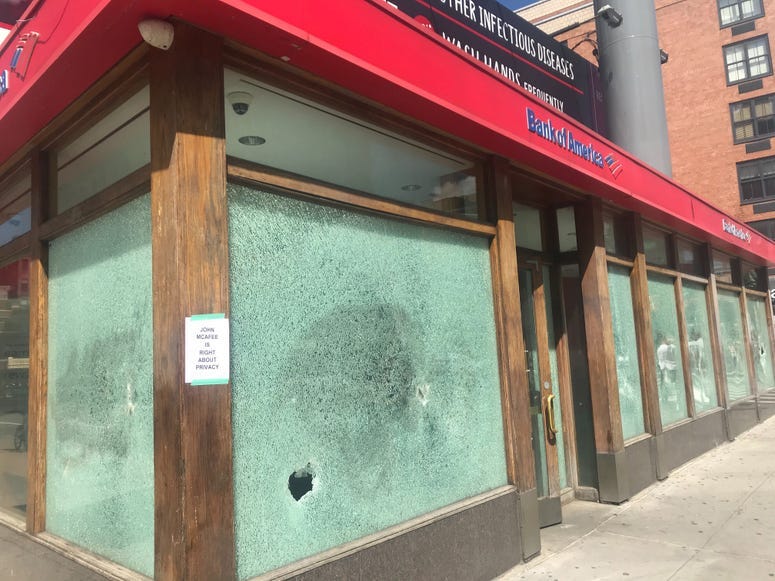 Cleanup was under way Sunday morning in New York City, which is still under a lockdown enacted two months ago when it became the U.S. epicenter of the coronavirus pandemic.