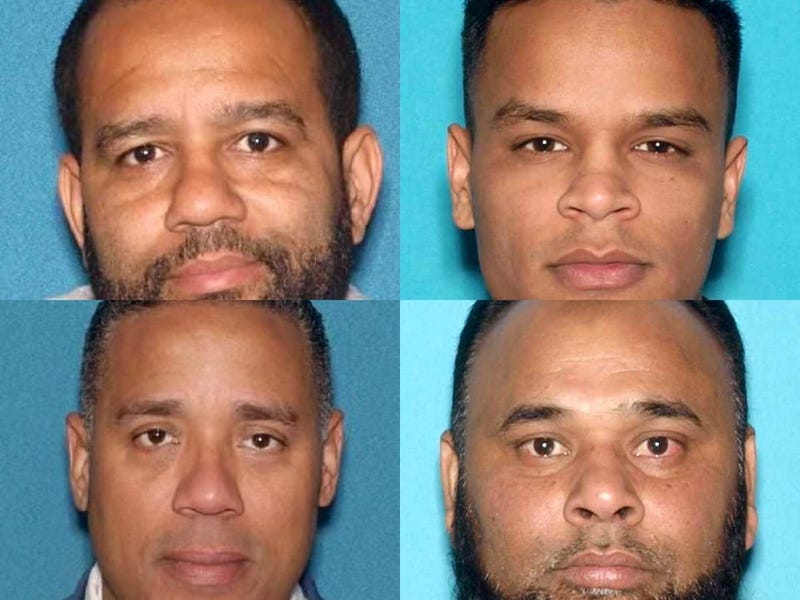 PATERSON, N.J. (1010 WINS) -- A Paterson councilman, a councilman-elect and two other New Jersey men have been charged with fraud in connection with a May special election, prosecutors said Thursday.

Jackson collected more than three official mail-in ballots from voters, one of which wasn’t filled out or sealed, the Attorney General’s office said. The unsealed ballot was later delivered to the Passaic County Board of Elections “without information identifying the bearer,” according to the office.

The ballots Mendez collected were also delivered to the BOE "without information identifying the bearer,” prosecutors said. Mendez also “procured or submitted” at least one voter registration application for someone he knew wasn’t eligible to vote in the election district, according to prosecutors.

Jackson was re-elected to his 1st Ward seat in the May 12 election, and Mendez won the 3rd Ward seat, NorthJersey.com reported. Shelim Khalique is the brother of the 2nd Ward’s Councilman Shahin Khalique, who tied in his race and will be vacating his seat, according to the outlet.

“Today’s charges send a clear message: if you try to tamper with an election in New Jersey, we will find you and we will hold you accountable,” Attorney General Gurbir Grewal said in a statement. “We will not allow a small number of criminals to undermine the public’s confidence in our democratic process.”