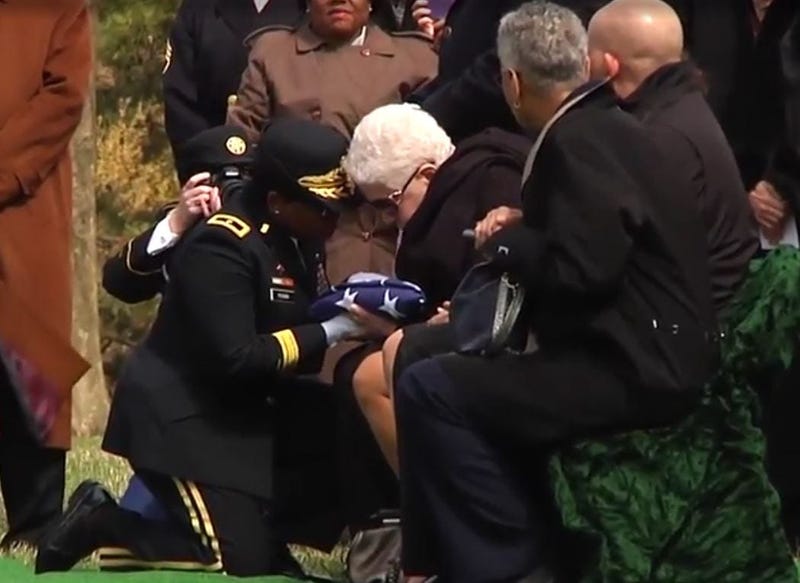 "In life, you honor the flag. In death, the flag honors you," words said by an unknown chaplain but so appropriate for this day.

As I made my way to Virginia through the rain and fog of New York, I wondered how this day would unfold.

I begin to think about the many conversations I had with Marla Andrews. The 29-month-old toddler Captain Dickson left behind on that fateful day.

I would see the pain in her face as she told me she had no clear memory of her dad but learned about him through others.  She would light up as she said to me "my dad was taaaaaaaall and handsome," and then show me a picture of a good looking man in a uniform.

How would Marla lay to rest a father she longed for but never knew?

As I made my way into Arlington Cemetery past the thousands of tombstones, I thought about the history of this sacred place, two presidents and a host of military heroes and giants buried here.

It is in this place Marla insisted her father, Tuskegee Airman Captain Lawrence E. Dickson take his rightful place of honor.  "My father is going first class," she would often say.  And now he is.

The military band led the procession, and I watched the hero sent to his final resting place in a horse-drawn carriage. Even mother nature smiled as the dark clouds that once covered the grounds paused long enough to let the rays of sunshine through.

The family followed, and my question was immediately answered.  Though composed and dignified, the grief on their face was evident. Before being seated, they watched the military flyover which was a fitting tribute to this fighter pilot who lost his life in the cockpit of a plane 74 years ago. 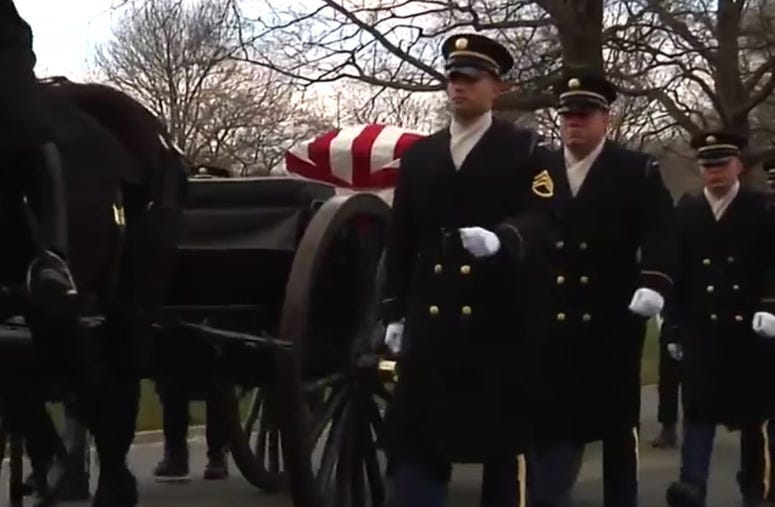 "I am the resurrection, and the life: he that believes in me, though he were dead, yet shall he live," words uttered by the chaplain, as he aims to give hope, healing, and comfort to the family.

Their heads were sometimes bowed, but never for long as they would gaze at the casket in front of them.

The ripple of gunfire rang out as the "rifle volley" fired. The bugler played "Taps," and I remembered the lyrics in the song  "Day is done, gone the sun, from the hills from the lakes from the sky; All is well, safely rest, God, is nigh."

Hearing the bugler play this song, brought tears to my eyes.  A sobering moment indeed.

The flag is folded and presented to Marla by Brigadier General Twanda Young.  She hugs her, whispers something in her ear, and hugged each family member.

The ceremony comes to an end, and we allow the family private time with their loved one.

Although the Tuskegee Airmen did not always feel equal in life, I left feeling grateful and humbled that I had witnessed this courageous pilot finally laid to rest with his brothers.