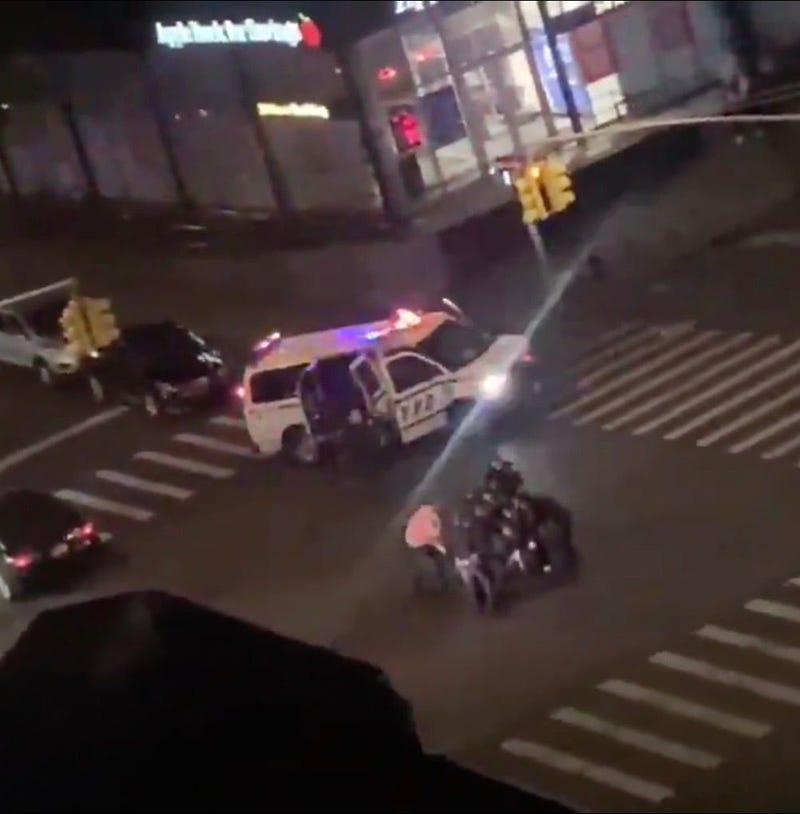 NEW YORK (1010 WINS) -- An NYPD sergeant investigating lootings in the Bronx was struck in a hit-and-run early Tuesday.

Authorities say the officer was hit at approximately 12:45 a.m. by a black sedan on Walton Avenue, near East 170th Street in the Mount Eden.

The officer was responding to a break-in at a pawn shop, police said.

The officer was rushed to an area hospital and remains in serious condition, officials say.

Another NYPD officer was attacked in a separate incident in the Bronx.

NYPD Cop attacked in the Bronx. I guess the critics will now say he overreacted. NYPD Cops defend yourselves, you are alone! pic.twitter.com/424w5bZbC6

The suspects flee after the officer appears to draw his gun.