NEW YORK (1010 WINS) – Video released this week by the NYPD shows three would-be robbers running out of a Brooklyn pharmacy after they were confronted by the owner—and a small dog.

Police said three men, one armed with a gun, tried to rob the New Trend Pharmacy on Avenue H, near E. 34th Street, in East Flatbush earlier this month—but their plans were quickly thwarted by the owner and a barking dog. 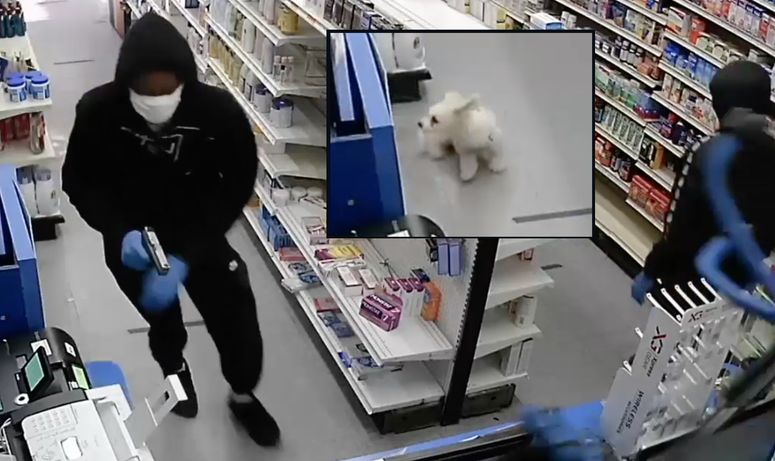 The video released by police shows the tiny pooch yapping and wagging its tail at the suspects before they start fleeing.

One suspect crashes over a counter and another dashes through an aisle to escape, the video shows.

No injuries were reported in the attempted robbery, police said.