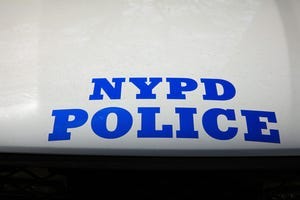 NEW YORK (1010 WINS) — A teenage driver’s car hit several trees and flipped over after he veered off the Belt Parkway early Tuesday morning in a crash that killed his 19-year-old passenger, the NYPD said.

The 18-year-old was driving a 2018 Lexus RX350 west on the Belt Parkway, near Exit 2 in Bay Ridge, around 1:20 a.m. when he lost control of the car, drove onto the shoulder and struck several trees, flipping the vehicle several times, police said.

Nineteen-year-old Brooklyn resident Shlomo Atia, who was sitting in the back of the car, was taken to NYU Langone Hospital—Brooklyn with head and body trauma after the crash, the NYPD said. He was pronounced dead at the hospital.

The driver and a 19-year-old man who had been sitting in the front passenger seat when the crash happened were both treated for minor injuries, police said. An investigation is ongoing. Man attacked for stepping on passerby's shoes in Midtown: NYPD