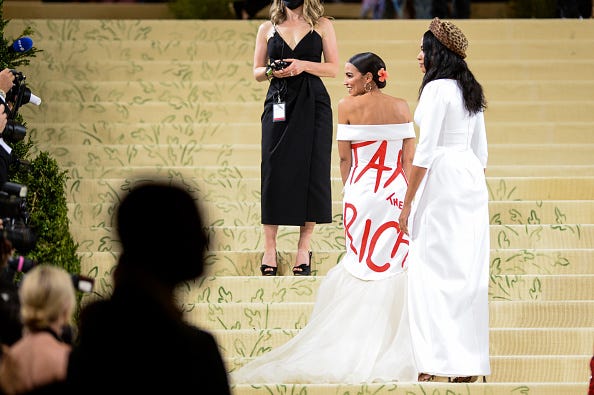 The New York City mayoral candidate spoke on the much-talked-about dress and the similarities between himself and Ocasio-Cortez on CNBC.

“When you talk about just blanketly saying tax rich in this city, we may have 8 million people, but 65,000 pay 51% of our income taxes,” Adams said. “And if you say to those 65,000 to leave, then we’re not going to have the firefighters, the teachers, all of those basic things.”

Adams said he instead preferred looking toward ways for New York City to trim its budget before implementing certain tax changes.

“Let’s make sure we get our house in order through our agencies. And then, let’s talk about how much money we need to run this city’s $98 billion budget,” Adams said.

The Brooklyn borough president added that the two, while not always agreeing, “want the same things.”

“We just have different pathways to get there,” Adams said. “Her mother was a domestic worker, or did things on that level, [and] so was my mother.”