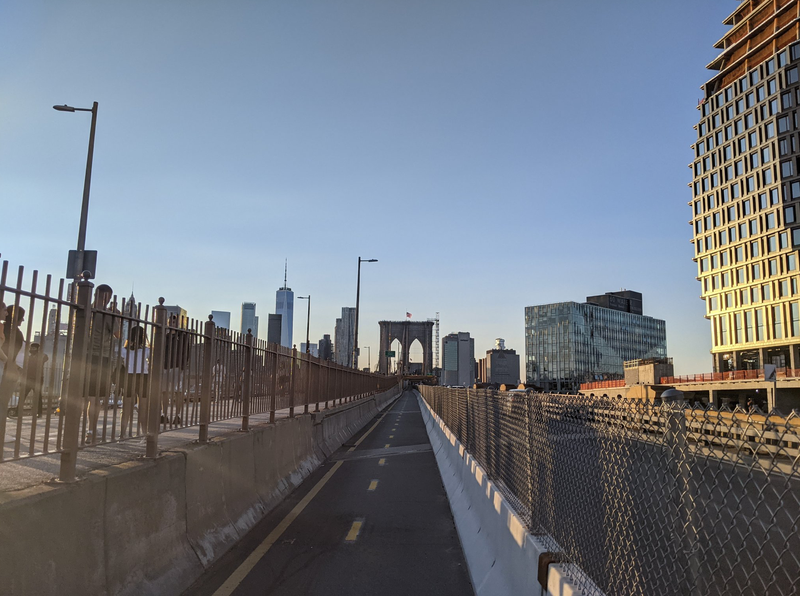 Mayor Bill de Blasio, NYC Transportation Commissioner Hank Gutman, elected officials and advocates are scheduled to hold a ribbon-cutting ceremony for the new bike lane that will then be celebrated with an inaugural ride — the first redesign to the iconic bridge since the 1950's, the DOT said.

"This is a historic moment as we work to get New Yorkers out of their cars and promote sustainable modes of transportation," Gutman said in a statement. "Bridges for the People is a step in the right direction towards a safer and more sustainable transportation future that puts people first – and we look forward to implementing similar changes to the Queensboro Bridge this year.:

In a press release ahead of Tuesday's event, the department highlighted the bike lane for "[repurposing] one lane of vehicular traffic to accommodate the cycling boom that has seen thousands of New Yorkers choose healthier, greener, and more sustainable forms of transportation across the five boroughs."

AMNY reports DOT workers began working on the new lane in June, closing off the inner-most lane to the Manhattan-bound side. The bike lane was originally proposed in de Blasio's State of the City address this year.

While some have critiqued the lane for being too narrow at only 8 feet wide, cyclists have praised the new lane — with several using the lane ahead of the official opening before the city closed off the entrance again, according to AMNY.